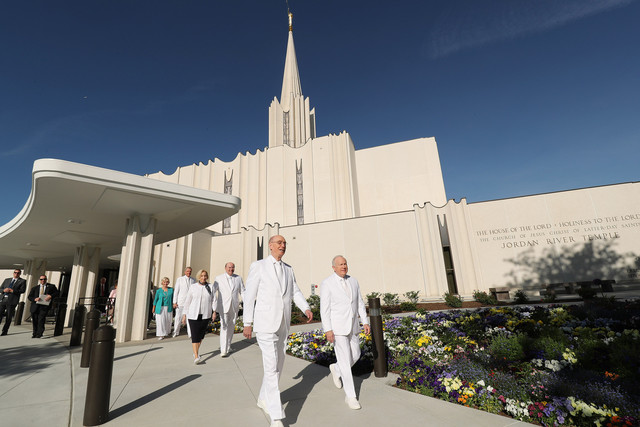 Before the youth cultural celebration on Saturday, May 19, President Henry B. Eyring told the 17,000 youth performing, “My prayer is that this experience will lead to a lifetime of choices to make the temple a guiding star on your journey home to live forever in loving families with Heavenly Father and His Beloved Son. I am grateful to be on the journey with you.”

Asked to preside over the Jordan River Utah Temple rededication and to pen its rededicatory prayer, President Henry B. Eyring studied closely the original dedicatory prayer offered in 1981. For the First Presidency's second counselor, the prayer provided a double family connection — it was written by President Spencer W. Kimball, his uncle, and read at the dedication by President Marion G. Romney, his father's first cousin.

President Eyring also found another connection in the original prayer — pleas and supplications made more than 36 years previous that sought for unity among Church leaders and among Latter-day Saints as well as a call for righteous governmental leadership worldwide. The prayer seemed to connect needs and opportunities from 1981 to present day.

"It's terrifically appropriate to our time," said President Eyring to the Church News several days prior to the Sunday, May 20, rededication of the Jordan River Temple.