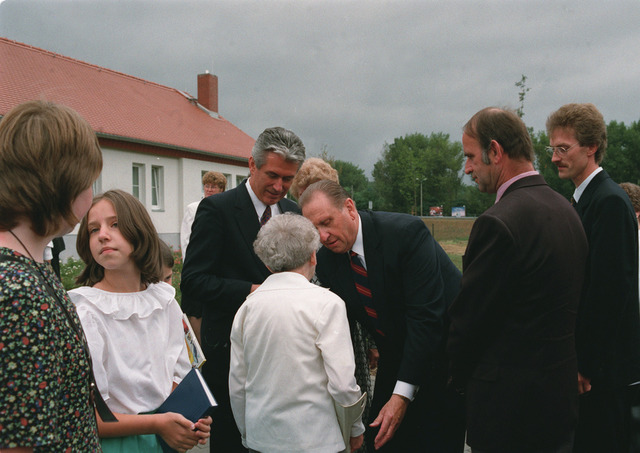 President Monson Could Aptly Be Described As "Everybody's Friend"

Gerry Avant, a long-time reporter for the Deseret News, shares her personal, heartwarming experiences with our beloved prophet Thomas S. Monson before he passed away. "Comfortable in any setting, he aptly could be described as ‘everybody’s friend," Avant once said of President Monson as she observed his acts of service throughout her career.

I saw him move with ease among people of all ages and stations in life. In 1995, for example, I photographed President and Sister Monson with Sweden’s King Carl XVI Gustaf and Queen Silvia on the grounds of the Stockholm Sweden Temple.

A few days later my camera caught him leaning down to speak to a petite elderly widow in Goerlitz, a city in the former German Democratic Republic. As he started to walk away, he saw that I had caught on film a charitable deed — he slipped a little money into the widow’s hand. With a shake of his head and a dismissive wave toward the camera, he said, “You don’t need to put that in the paper.”