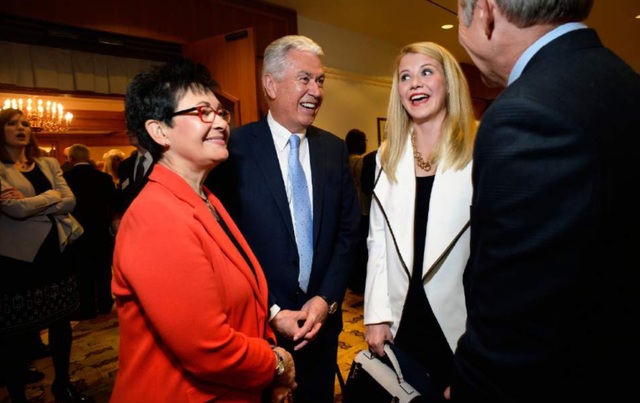 At a ceremony honoring them for their humanitarian work, President Russell M. Nelson and Elizabeth Smart noted how they have come to develop compassion for those who suffer. Though a dark part of her past, Elizabeth Smart noted that were it not for her kidnapping, she "would never have known what it was like to be hungry, to go without, to be cold." And President Nelson noted of his experience, “Speaking of refugees, our hearts have been touched—indeed, nearly broken—as we have recently observed the unimaginable hardships that millions have had to endure."

Catholic Community Services of Utah (CCS) recognized President Russell M. Nelson of the Quorum of the Twelve Apostles of The Church of Jesus Christ of Latter-day Saints at its annual Humanitarian Awards Dinner at Little America Hotel in Salt Lake City, Friday, November 4, 2016. Also honored at the event for their humanitarian efforts were victim advocate Elizabeth Smart and Catholic Archbishop John C. Wester of Santa Fe. 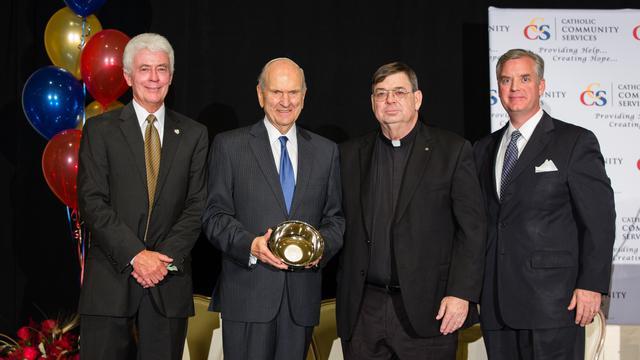 “I am deeply honored to accept this award,” said President Nelson. “It is especially meaningful to me because it comes from valued friends who are themselves such stalwart examples of dedication to people in need.”

Speaking at the awards dinner, he said, “As many of you may know, I spent my entire professional career endeavoring to save lives—physical lives—as a heart surgeon. I feel right at home among you, as you are also saving lives—saving lives from deprivation, despondency and despair.”