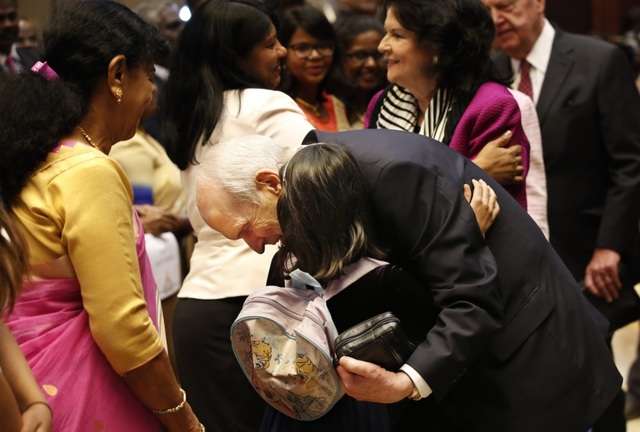 About the new temple to be built in India, missionary Sister Monica Yadav says, “It makes us fly. It is like we are so close to heaven.”

Clad in bright clothing showcasing the energy and beauty of this nation, Indian Latter-day Saints line up, hours before a scheduled meeting with President Russell M. Nelson on Thursday.

Collectively they speak of two things: The leader of The Church of Jesus Christ of Latter-day Saints and the temple he recently announced for their nation.

Weeks earlier, in the closing moments of general conference, President Nelson said the LDS Church would build seven new temples — including one in Bengaluru.

But it almost wasn’t so.

“Our plans were to announce six new temples at conference time,” said President Nelson. “The Lord told me on the eve of conference: ‘Announce a temple in India.’ … That was the Lord's doing.”