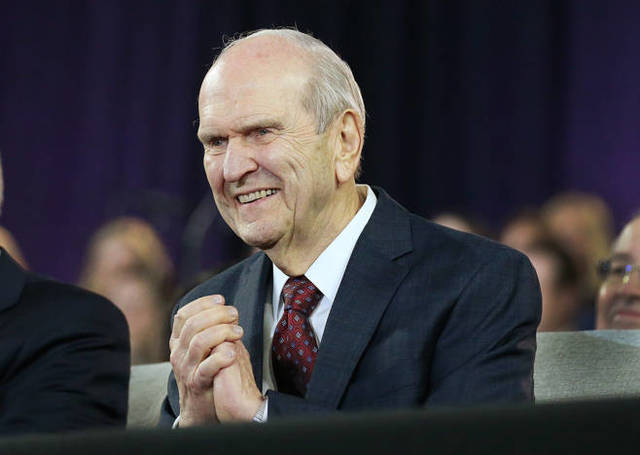 President Nelson Speaks to 65,000 Latter-day Saints at NFL Stadium on What It Really Means to Gather Israel

In a day of repeated and widespread prophetic messaging across the state of Arizona, President Russell M. Nelson summed up his call to action with a personalized invitation that sent a near-audible ripple of listeners giving increased attention.

“I have an invitation for you as the Arizona battalion of the Lord’s army to help gather Israel on both sides of the veil,” proclaimed the 94-year-old president of The Church of Jesus Christ of Latter-day Saints as he spoke to about 65,000 gathered in State Farm Stadium, including the nearly 9,000 youth and young adults seated on the stadium floor for the Sunday, Feb. 10 event. . . .

President Nelson listed the promises to Abraham made by Jehovah of the New Testament some 4,000 years ago — that the Savior of the world would come through Abraham’s lineage; that Abraham was promised an eternal increase, or a posterity “as innumerable as the stars;” that Abraham’s descendants would bear the priesthood of God and administer its exalting ordinances; and that all the nations of the earth will be blessed through Abraham’s lineage.

The latter is done as missionaries take the gospel across the globe, as the light of the gospel and the love of the Lord infuse the lives of all; as men are ordained to the priesthood and women are endowed with the power of the priesthood through their temple activity; and as temples continue to dot the earth, he said.

“My dear brothers and sisters, these promises — first given to Abraham and later reaffirmed with his son, Isaac, and his grandson Jacob, who became ‘Israel’ — are known as the Abrahamic covenant and are available to all of God’s children,” President Nelson said. “Yes, these divine promises are available to you!”