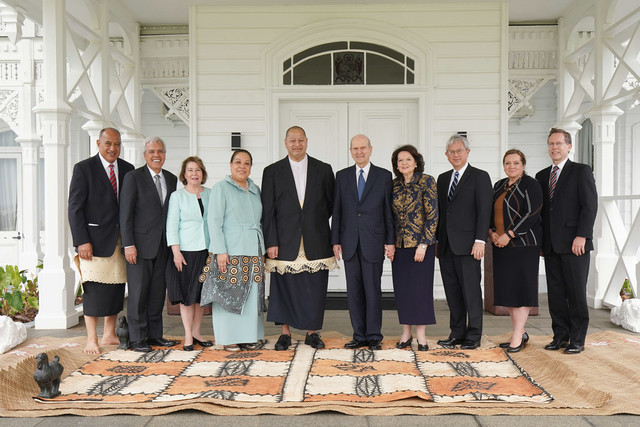 The royal family and nobles here are Free Wesleyan Christians and 62 percent of the population has membership in The Church of Jesus Christ of Latter-day Saints, so when King Tupou VI welcomed President Russell M. Nelson to the royal palace, religious liberty was a key topic.

"It's important for us to be able to thank leaders for the privilege of religious freedom in their country," President Nelson said after emerging from the white, shiplap-sided palace.

"It's a really precious aspect of governmental relations to allow the people to have the ability to practice the religion of their choice."

The two leaders also spoke about education and living a healthy lifestyle during the 30-minute meeting. The king and queen invited President Nelson to hold a short press conference on the palace lawn under overcast skies 50 yards from the Pacific Ocean. They rolled out a traditional Tongan tapa, a mat made of crushed tree bark, for him to stand on.