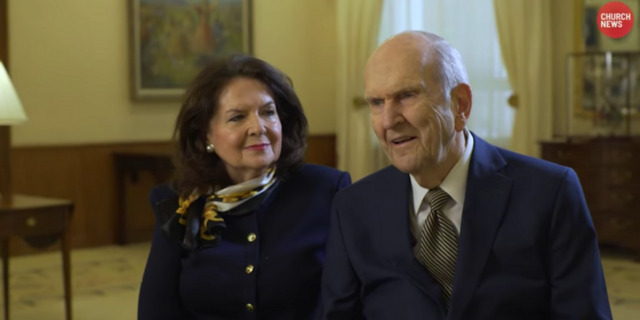 President Nelson on the difficult decision to close temples: ‘What would I say to the Prophet Joseph Smith?’

On March 25, 2020, the First Presidency announced that all temples would close at the end of the day. Now, temples have begun a phased reopening, with the first temples entering Phase 2 on Monday, July 27, 2020, allowing all living ordinances.

So how was the decision made to close the temples in the first place? In a new Church News video, President Russell M. Nelson describes the difficult decision to close the temples, testifying, “Only in our temples do we receive the highest blessings that God has in store for His faithful children.”

“How difficult was it to make the decision to close the temples? That was painful; it was wracked with worry,” President Nelson says in the video. “I found myself asking, ‘What would I say to the Prophet Joseph Smith? What would I say to Brigham Young, Wilford Woodruff, and the other presidents on up to President Thomas S. Monson? I’m going to meet them soon.’ To close the temples would deny all for which all those Brethren gave everything, but we really had no other alternative.”

President Nelson then says that fortunately the closures are only temporary and goes on to describe some of the ways temple work has moved forward amid the pandemic.

“Temples will be opened again, cautiously and carefully, in stages,” President Nelson says. “Even though temples have been closed, family history research and work has taken a huge leap forward; more names are being added. And remarkably, through all of this, the voluntary fast offerings of our members have increased.”

Sister Wendy W. Nelson, wife of President Nelson, describes that in January and February of this year she received the impression to attend multiple temple sessions in a day when she attended the temple. By early March she had done the same number of ordinances she typically does in five months in just two months.

“Little did we know that the temple would then be closed for three months,” Sister Nelson says. “So that’s all about how the Lord will actually prepare us.”

President Nelson concludes the video by saying, “I’ve learned that even through clouds of sorrow, there can be silver linings found.”