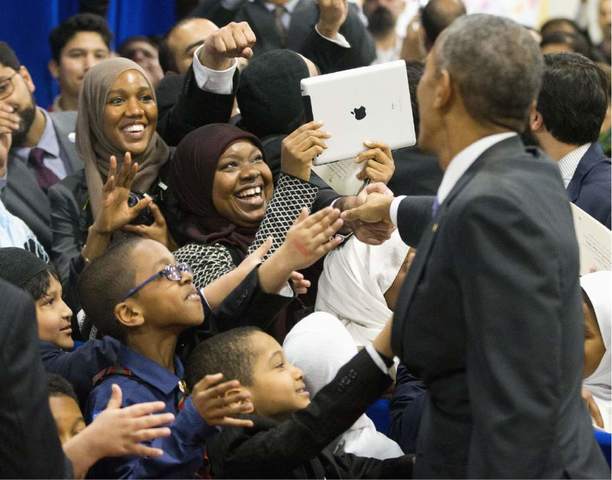 President Obama: "Mormon Communities Have Been Attacked Throughout Our History"

"An attack on one faith is an attack on all our faiths," President Obama said. Considering Mormonism's history of persecution, Latter-day Saints should be more sensitive and ready to fight for the religious liberty of all Americans.

President Barack Obama on Wednesday noted that Mormons, too, have faced persecution like Muslims and other faiths as he made his first visit to a U.S. mosque and pleaded for tolerance toward all religions.

"Mormon communities have been attacked throughout our history," Obama said at the Islamic Society of Baltimore. "Catholics, including, most prominently, JFK — John F. Kennedy — when he ran for president, was accused of being disloyal. ... Anti-Semitism in this country has a sad and long history, and Jews were excluded routinely from colleges and professions and from public office."

The president, who is Christian but has been dogged by inaccurate claims that he is Muslim, stressed during his visit on the eve of the National Prayer Breakfast that Americans must stay true to their core values, and that "includes freedom of religion for all faiths."