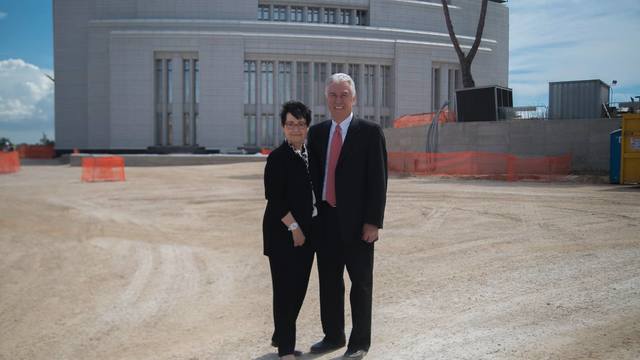 President Uchtdorf is well-known for his ability to warm the hearts of Latter-day Saints worldwide with his touching displays of humanity and compassion. At the most recent general conference of the Church, he was moved to tears by Elder Kearon's talk on refugees, having been a refugee himself in the war-torn Europe of the mid-20th century.

► You'll also like: President Uchtdorf Shares a Fearful Night as a Refugee in Beautifully Illustrated Video

Yesterday, President Uchtdorf took to Facebook to once again remind the LDS people why they love him so much. In his brief post, President Uchtdorf shared several pictures of his recent visit to the Rome, Italy temple site with his wife, Harriet. "As European Saints," he said, "we feel a connection to this beautiful temple." He then takes time to reminisce about his own European temple wedding. Check out his post below!

In 2010, President Monson broke ground on this historic Rome temple, announced two years prior. An official completion date has not yet been announced, but the temple is expected to reach completion sometime in 2018.