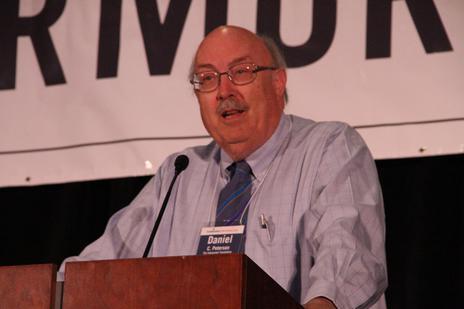 Professor Daniel C. Peterson examines many arguments against the Book of Mormon and why he still believes in Joseph Smith and this holy scripture. "I’ve said sometimes that I just don’t have the faith to disbelieve Joseph Smith’s story; I just can’t get there; I can’t do it.”

Having considered for many years the standard arguments against the truthfulness of the Book of Mormon, Daniel C. Peterson says he “can’t manage to disbelieve.”

Brother Peterson, a professor of Islamic studies and Arabic at BYU, is a longtime defender of the Church in his published writing and public speeches, most recently as founding editor-in-chief of the online Interpreter: a Journal of Mormon Scripture. He was the concluding speaker at the annual FairMormon Conference on Aug. 5.