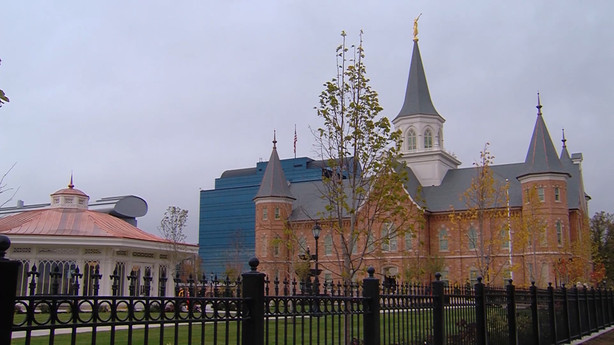 MR says: It's just around the corner! You can make online reservations to visit the Provo City Center Temple open house beginning January 4, 2016, and the open house will run from January 15 to March 5, 2016, with the dedication to be held on March 20, 2016.

The long-awaited public open house of The Church of Jesus Christ of Latter-day Saints' new temple in Provo is now just two and a half months away.

Nine-hundred-thousand people are expected to visit the new temple during the open house, averaging 20,000 people a day during the 54 days the public is welcome inside.

Provo city is getting ready.