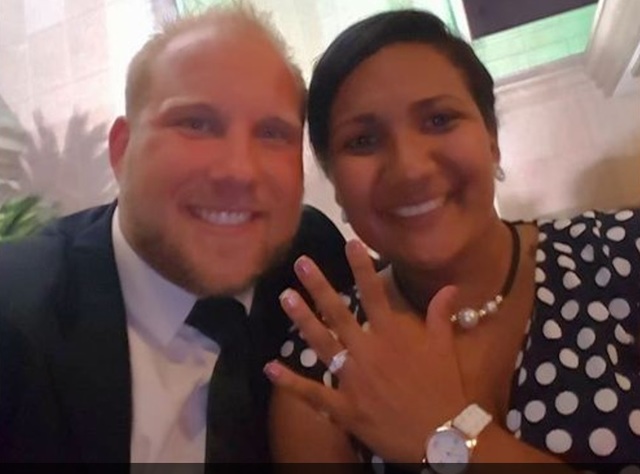 Today, June 30, marks the one-year mark since returned missionary Joshua Holt was imprisoned in Venezuela. Many have been fighting for Holt's release, including his family, the Vatican, senators, and the former secretary of state and vice president.

Holt and his new wife, Thamara, were arrested after returning from their honeymoon in Venezuela, under suspicion of being American spies.

Shortly after Joshua Holt returned from his mission in Washington state last January, he met Thamara Belen Caleño Candelo through lds.org, according to Idaho State Journal. Though Candelo lived in Venezuela, the two had a meaningful long-distance relationship and decided to meet in the Dominican Republic.

The couple quickly fell in love and on June 11, Holt flew out to Venezuela and the two were married on June 16. After a honeymoon on a Venezuelan island, Joshua and Thamara Holt returned to Thamara's apartment in Ciudad Caribia where her two daughters, who are 5 and 7 years old, were waiting.

While the couple was waiting for Thamara's visa to come through so they could move to the United States, Venezuelan police raided the couple's apartment, allegedly finding a hand grenade and AK-47 assault rifles.

He writes, "We kneel and offer a prayer unto the Lord that he will bless us and protect us. I go to the living room and look out the window and gaze upon hundreds of police officers that where [sic] sworn to protect people as they break into apartments, chase people, and shoot at others."

The police came to search the couple's apartment twice. The final time, they took Holt with them when they left. "They tell me to get dressed because I had to go with them," he writes. "I’m scared and confused. What did I do? Did I do something wrong? Am I in trouble? They assured me that everything would be okay and they just wanted to verify all my information. As they take me to an old pickup truck another police office ask them why they have me and their one-word reply gives enough information for the officer to understand, 'Gringo,' and the officer responded, 'ah okay.'"

Former Secretary of State John Kerry met with Venezuelan President Nicolás Maduro in September 2016 regarding Holt's imprisonment and Former Vice President Joe Biden called Senator Orrin Hatch, who has been fighting for Holt's release, to inform him about the events of the meeting.

After being bribed, harassed, mocked, and forced to strip naked and perform exercises before prison guards—an act that violates international agreements on the treatment of prisoners—Joshua Holt's health is failing him, according to his family. But in November 2016, a Vatican representative joined the efforts to petition for his release.

This could be the answer to the prayers Josh Holt wrote about in an earlier letter, detailing some of the nightmares he experienced after his arrest.

"The only thing I can do is beg the Lord to soften the hearts of this people and that of the governments . . . As Elder Holland once said, 'Don’t you quit. You keep walking, you keep trying, there is help and happiness ahead. Some blessings come soon, some come late, some don’t come until heaven, but for those who embrace the Gospel of Jesus Christ they come. It will be alright in the end. Trust God and believe in good things to come.'"