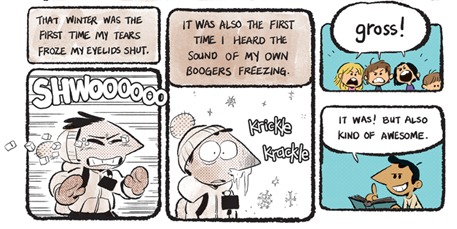 Do you ever remember those moments from your mission you felt were so iconic, so perfect, so funny, so unexpected, or so off-the-wall you felt like something out of a comic book? Well, 30 returned missionaries recently came together to create the very first book-length collection of missionary comics showing moments they would never forget.

What has 20 thumbs and used to wear a little black nametag? The 10 people below, who are among the roughly 30 comics artists who have collaborated on a new volume available only on Kickstarter.

Served Comics is a collection of true mission stories, written and drawn by the people who lived them! These men and women served all over the world and are coming together in one book to share stories of what mission life is really like—which is to say: craaazy stuff happens when you're a missionary. As do moments that are mundane, surprising, revelatory, and even darn painful.

Below are excerpts from 10 stories by 10 of the former elders and sisters included in the collection:

"It was a dark and stormy night" by Anthony Holden, AML Award-winner for "Precious Rascals," a collection of comics about his family. 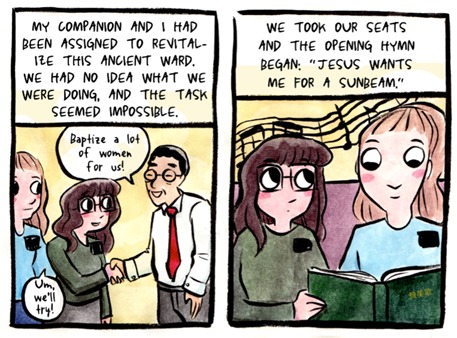 "Hikari" by Brittany Long Olsen, AML Award-winner for a comics memoir of her mission, "Dendo." 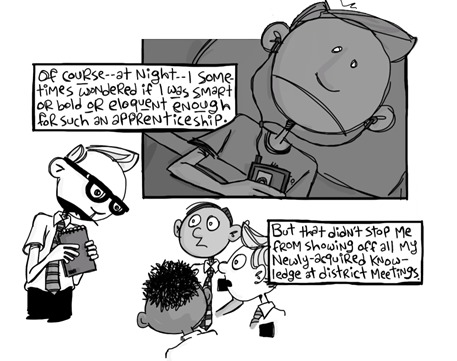 "Truman & Me" by Scott Hales, AML Award-winner for his serial comics novel, "The Garden of Enid: Adventures of a Weird Mormon Girl."

"Ninja!" by Josh Abegglen, professor of art at BYU-Idaho. 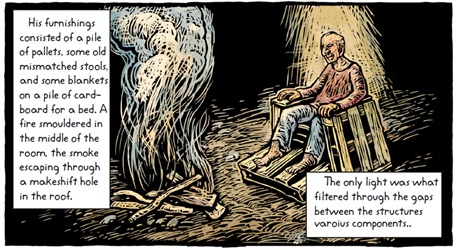 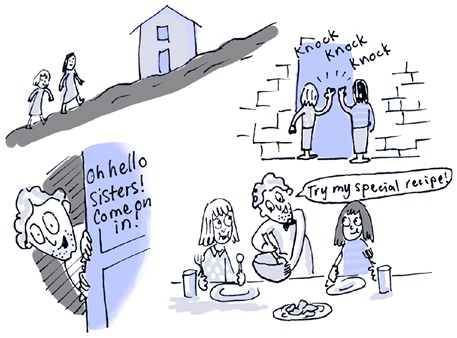 "Whistle While You Work" by Annie Poon, AML Award-winning and Museum of Modern Art-collected animator.

"The Helmet" by Darren Rawlings, independent animator who has worked for the Discovery Channel, the BBC, Warner Bros., Sony, and more.

"Three Morning Adventures from a Sister Missionary Apartment" by Bethany Stancliffe, who is graduating from BYU-I this year thus, like several contributors, right at the start of her career.

"Small & Simple Things" by Normandie Luscher, who, often depicts personal experiences in her work, “Small and Simple Things” being no exception.

"Just Friends" by Lance Fry, an illustrator who has worked on games like "Poptropica" and whose work has been featured in The Friend.