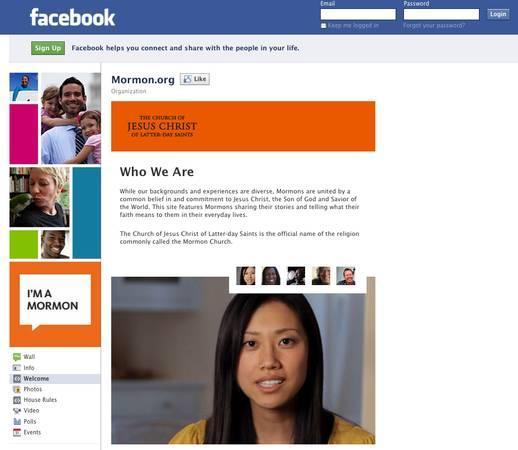 It was just one video of many posted on Southeast Christian Church's Facebook page. A few members of the nondenominational evangelical Christian church in Salt Lake City made a video about their experiences in a financial seminar the church sponsored. Someone saw it on Facebook, stopped by the church to see if it would be offered again and ended up coming regularly: Virtual interaction became real contact.

As more and more people use Facebook, it is only natural that churches might try to take advantage of its potential to connect with their members and with a broader audience. A report from LifeWay Research found that 47 percent of Protestant church congregations nationwide now use Facebook. But with this use comes questions about its appropriateness.

Can God reveal himself through social media? Doesn't it just encourage virtual relationships and digital distractions? Doesn't it take people away from contact with real people in real life?

"When the Internet was new, research showed that there was a replacement effect," said Wade Jacobsen, a graduate student in sociology at BYU who published a study in 2010 with BYU professor Renata Forste about Facebook use among first-year students. The replacement effect meant that the more time somebody spent interacting with online friends, the less time they spent interacting with people in real life. "The Internet was new and you talked to people online that you didn't know face-to-face because fewer people had the Internet," Jacobsen said. "Today everybody has the Internet and the friends you have on Facebook are the friends you already know in real life."