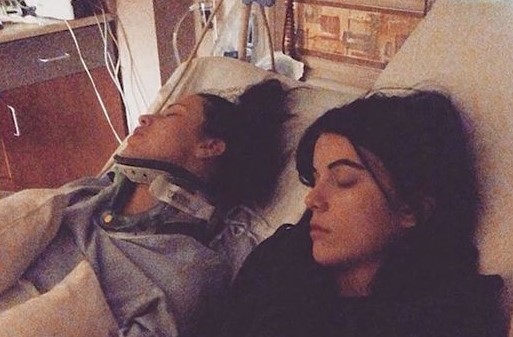 Editor’s Note: The following story contains mature subject matter and descriptions of violence. Reader discretion is advised. Listen to our podcast episode with Bre below:

The night of Tuesday, September 22, was like any other.

It was half past 11:00 in Salt Lake City, where Breann (“Bre”) Lasley had recently moved into a duplex with her younger sister, Kayli. Bre and Kayli stayed up talking for a while (Kayli had just returned from a date), then retired to their rooms. After brushing her teeth, Bre played some calming music on her computer to end the day. But exactly 38 seconds into Paul Cardall’s arrangement of “Joseph Smith’s First Prayer,” she slammed her laptop shut. The music stopped.

A man was at her window.

What Bre didn’t know at the time was that eight days prior, Robert Richard Berger had been released from the Utah State Prison after 14 years of incarceration. She was also unaware that he’d just been chased away from her neighbor’s house after an unsuccessful break-in attempt.

What she did know was that he was on his way into her bedroom, and that he was too strong for her to keep out.

As Berger forced his way in, Bre wasn’t sure if the whole thing was a joke. After all, she and her sister had just moved in a few days earlier, and they didn’t know many people in the neighborhood. Maybe this was somebody’s sick idea of a prank.

But the violence with which Berger handled Bre quickly dispelled any possibility of a joke. She began to scream.

Before long, Kayli ran upstairs to her sister’s room, where she began striking Berger in an attempt to loosen his grip on her sister. The two girls, fueled by rage and adrenaline, defended one another against his increasingly violent attack.

The struggle made its way to the top of the stairs, where Berger viciously kicked Kayli. She flew to the bottom of the staircase without touching a single step on the way down, and her head went through the wall. Doctors would later tell her she was lucky to be alive.

Berger attempted to push Bre down the stairs as well, but she maintained a grip on him, so they went down together. At the bottom of the stairwell, Bre frantically called the police, but Berger hung up her phone. As he and Bre fought, Kayli called the police. Both sisters frantically shouted their address until Berger began choking Kayli.

Bre tackled Berger into the laundry room, but he got on top of her and began beating her even more intensely than before. That’s when Kayli’s attention was drawn to a metal rack hanging on the wall. She ripped it down and struck Berger several times in the back with it.

That’s when Bre saw the knife.

A few years prior to this night, Bre had serious medical problems. Blood clots had severely damaged her liver, gallbladder, and several other internal organs. Her doctor prescribed a blood thinner to stop the clotting, which worked—but a couple of months ago, he decided to take her off it unexpectedly.

If Bre had still been taking the blood thinner, this night would have been her last.

Upon seeing the knife, Bre convinced Kayli to run outside and get help. As she sprinted up the stairs, one thought consumed her older sister’s mind:

“This is the last time I’ll ever see her.”

Berger stabbed Bre in the lower abdomen. He stabbed her again in the right thigh. Again, in the upper abdomen. He began violently and repeatedly jabbing and slashing haphazardly. Doctors would later be mystified at Bre’s close shave with death. None of the stab wounds cut through any organs or major arteries, although many came within a few centimeters.

Meanwhile, Kayli frantically ran the sidewalks, screaming for help. Luckily, a police officer was only a couple doors down, investigating Berger’s earlier break-in. She told the officer that her sister was fighting a man inside their house, and that her assailant had a knife.

As the officer ran toward the duplex, Berger was threatening to go upstairs and kill Kayli. A wounded and exhausted Bre tried to bargain for her sister’s life, offering Berger her car, computer, phone, and cash. In a fit of rage, Berger forced her back to the ground, pinned down her arms and said, “I’m going to kill you.”

In 2009 and 2010, Bre served an LDS mission in Florianopolis, Brazil. As missionaries, she and her companion would often go door-to-door and ask people what they would say to the Savior if He were there. One woman had not been able to walk in four years, and together, she and the sister missionaries prayed for the desires of her heart. The next time Sister Lasley and her companion visited this woman, she could walk again.

Sitting there on the couch with her companion, Sister Lasley had the most powerful spiritual experience of her life. In that moment, she felt as though the Savior himself was sitting beside her. The memory of this stayed with her for years, but that feeling would not repeat itself until she needed it most.

Bre braced for impact, but none came. Berger’s blow had missed. He tried again but somehow could not stab her. After six or seven failed attempts, he became increasingly angry and confused. “Why isn’t this working?!” he screamed. “Why the [expletive] isn’t this working?!”

Bre watched as the knife came inches from her stomach, her chest, her head. Horror quickly turned to peace as she once again felt the protecting presence of her Savior, just as she had years before on her mission.

She would later say it was as if a shield covered her entire body.

"I know, without a question, that we were totally protected, that there were angels there helping us," Bre said in a Deseret News interview.

Since this night, Bre has pored over the words of Elder L. Whitney Clayton. His most recent conference address, “Choose to Believe,” has inspired her.

Elder Clayton’s talk tells the story of a young girl who miraculously walked away from a plane crash that killed her entire family. After the crash, the scared, injured, and freezing girl faced a choice—did she stay at the wreckage, where she was perhaps more assured and comfortable, or go off in search of help?

She abandoned the crash and found light. “What I just went through was traumatic, frightening, and difficult,” said Bre. “But with the Savior’s help, I know I can leave the wreck.”

Berger’s attempts on Bre’s life momentarily ceased when a heavy pair of boots walked down the stairs. The police officer introduced himself and ordered Berger to drop his weapon.

Instead, Berger put the knife to Bre’s throat. In that moment, she couldn’t help but feel sorry for this man who was making a terrible choice. The officer issued another warning, but Berger didn’t relent. After the third and final warning, he moved to cut her throat. The officer discharged one bullet into Berger’s head, which was inches away from Bre’s. She gasped in relief and exhaustion as her attacker fell to the floor.

On Bre’s way to the emergency room, she was filled with an overwhelming desire to pray.

Now, Bre and Kayli are out of the hospital and living with their parents. After their harrowing experience, they are uncertain as to whether they want to return to their apartment. But for the time being, the two sisters are doing well recovering physically and relying on the love and strength of their family and their Savior to overcome the emotional scars from that dark night.