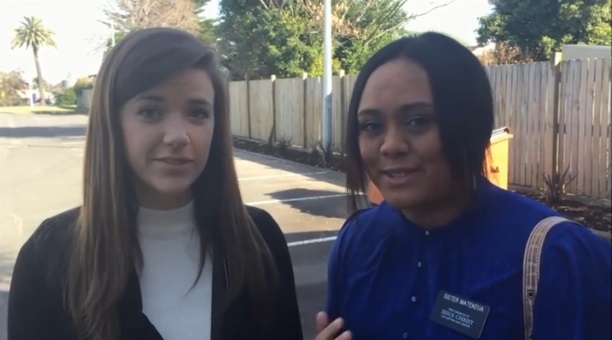 Sister Missionaries' Bikes Are Stolen While They Were Teaching a Discussion

Two missionaries serving in New Zealand recently had their main source of transportation, their bikes, stolen during an hour-long teaching appointment earlier this week.

Sister Matekeua and Sister Gibbons missionaries had padlocked their bikes to the back of their car before the appointment in Napier, New Zealand.

After the appointment, the sisters left to give a friend a ride home in their car and didn't notice their bikes were gone until they got home.

The sisters searched the surrounding area and called the police but did not find the bikes.

"I was devastated," Sister Matekeua said in an interview with New Zealand Herald. "I have become so attached to my bike that it's pretty much the only transport that I rely on. But I hope and I pray that someone will give us our bikes back."

The sisters have a 1,000 kilometer limit on their car each month and rely primarily on biking for transportation. Sister Gibbons' homeward bishop offered to buy her a new bike, but the two sister missionaries are still hopeful their bikes might be returned.

Desiree Flynn, a member in their New Zealand ward, recently posted a Facebook hoping to spread the news and help the sisters recover their bikes.

Lead image a screenshot of a video from New Zealand Herald.