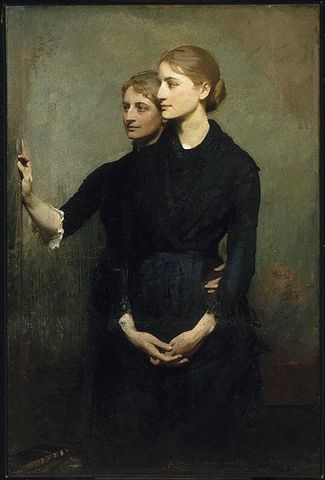 Valentine’s Day is coming up in less than a week. Mostly, I’ve been trying to ignore it (it’s not my favorite holiday), but my five-year-old won’t let me. For weeks now (literally) he has trailed me around the house, asking me to help him make valentines. In turn, I haul out the red, white, and pink construction paper, the markers, scissors—and, reluctantly—the glue. For ten or fifteen minutes he works happily, cutting out misshapen red paper hearts and gluing them onto white paper cards, before losing interest and moving on to other tasks, leaving a detritus trail of paper clippings in his wake.

Because I have also had this post on my mind, my son’s incessant reminders have forced me to think about Valentine’s Day and social conceptions of love. I don’t want to rehash familiar arguments about the loneliness of a “couple’s holiday” for single people; I don’t even want to criticize the glorification of romantic love (although I have more than enough to say on that topic). But I do want to talk about a kind of love that too often gets overlooked in the glamor of romantic love—the strong, affirming love that can exist between good friends, particularly between women. I’m not sure it was coincidence that Sunny posted about Relief Society yesterday (after I had written this post)—for me, it is this very connection between women that characterizes Relief Society at its best.

Read the rest of this story at segullah.org/blog/