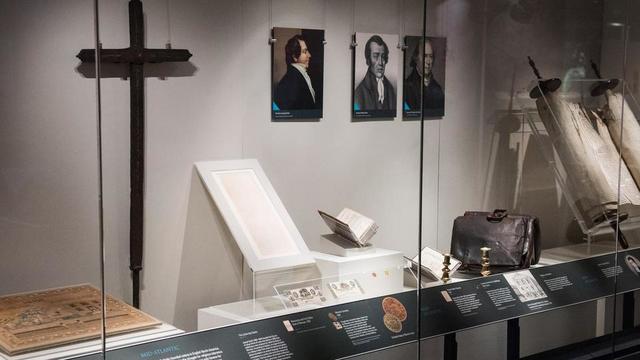 Artifacts from the early history of The Church of Jesus Christ of Latter-day Saints are on display in a new one-year exhibition at the Smithsonian in Washington, D.C. The “Religion in Early America” exhibit, part of four new The Nation We Build Together exhibitions and interactive experiences, opens to the public on June 28, 2017, in the National Museum of American History.

“Religion in Early America” tells the story of the beliefs and practices of early Americans from 1630 to the 1840s.

"We would like visitors to come away with the understanding of three factors of early American life — religious diversity, religious freedom and religious growth,” said museum curator Peter Manseau. "To stand in the presence of the physical objects transports you to sharing space with those who had lived with them in early American history."