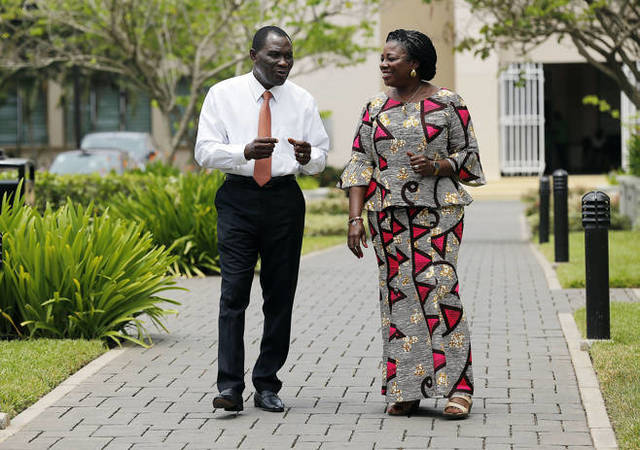 Soldiers Invading the Mission Home and Sacrament in the Forest: How Ghanaian Church Members Risked Imprisonment for Their Faith

Learn how one of our recently called general authorities, Elder Richard Ahadjie, and his wife, Emelia Ahadjie, risked their freedom to not only practice their faith but to minister to Latter-day Saints when the Church was outlawed in Ghana. And learn about the powerful message Elder Ahadjie received in a dream while imprisoned for his beliefs.

The automatic weapons added fear to the bewilderment felt by mission leadership and staff. Minutes earlier during a lunch break, they learned from a radio broadcast that Ghana’s government had frozen all activities of The Church of Jesus Christ of Latter-day Saints.

“We couldn’t understand what that meant,” said John Buah, the office finance clerk.

Whatever it meant, it seemed impossible. After all, the Church had a direct connection to Ghana’s leader, Lt. Jerry Rawlings, who had taken power in a coup eight years earlier. Rawlings’s older brother, Isaac Addy, worked in the Ghana Accra Mission home. He was there when the soldiers arrived. Addy had joined the Church in England in 1976 and was serving as a district president and the regional manager of temporal affairs.

Rawlings considered Addy a mentor and hero. That Rawlings would shut out his brother and accuse the Church of undermining his sovereignty seemed doubly bizarre. Addy, along with everyone else in the mission home, couldn’t understand why Rawlings hadn’t conferred with his brother before taking this drastic step.

“He couldn’t believe it,” said Buah, 60, who retired this month as the Church’s Africa West Area welfare manager. “He thought he would have had a hint. He didn’t know what was going on.”

The radio broadcast and mission home invasion happened on June 14, 1989. The situation would grow worse. Over the next few hours and days, the government expelled the mission president and the rest of the American missionaries, suspended all missionary work and Church meetings, jailed some members, chained the doors to all 50 LDS meetinghouses, and confiscated Church property. At the end of the first week, a government leader announced the Latter-day Saints would be banned from Ghana for good.