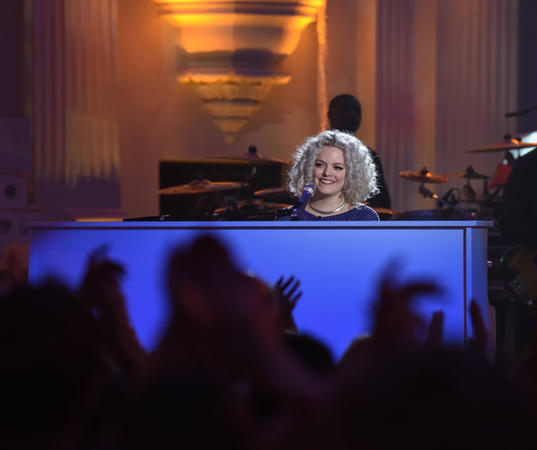 Throughout her career as a musician, Jenn Blosil, a Top 24 contestant on "American Idol" has relied on her LDS faith. “My faith is something that is really personal to me, and so I feel like the best way of sharing your faith is just by living what you believe,” Blosil said. “I feel like every interaction with people is a direct expression of faith.”

My takeaway from church I've been pondering...

When “American Idol” auditions came to Philadelphia in August 2015, 23-year-old Jenn Blosil decided to make the two-hour trip south from Brooklyn, New York, thinking that if she lost, at least she could get a Philly cheesesteak.

What began in Philadelphia has now landed Blosil a spot among the Top 24 contestants on the 15th and final season of “American Idol.”

Blosil, a member of The Church of Jesus Christ of Latter-day Saints, said auditioning for “American Idol” just felt right.

“It was not really in the cards, and it was unexpected, but it felt good, so we rolled with it,” Blosil told the Deseret News.