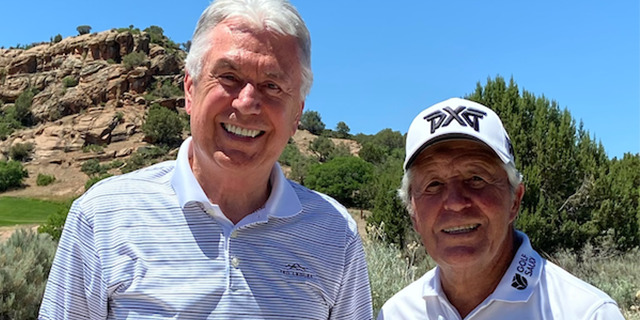 What happens when you put a sports legend on the golf course with a German pilot? Apparently jokes, gospel discussion, and mutual respect. And that’s exactly what happened last weekend when retired professional golfer Gary Player played a round of golf with Elder Dieter F. Uchtdorf of the Quorum of the Twelve Apostles on the Red Ledges Golf Course in Heber, Utah.

When asked about the experience, Player, who is not a member of the Church, said it “was one of the most wonderful days on the golf course I’ve ever had.” 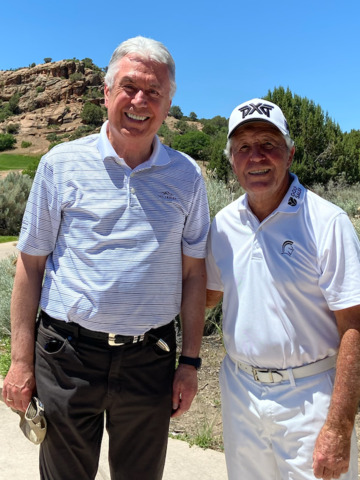 That’s high praise coming from the man they call “The Black Knight,” and who is widely considered one of the greatest golfers of all time. Player has won all four major golf championships in his career—one of only five golfers to do so in history. He also has a total of nine major championship victories, has won over 150 professional tournaments on six continents over seven decades, and was inducted into the World Golf Hall of Fame in 1974.

“You can just see how [Elder Uchtdorf’s] whole life revolves around Jesus Christ, and what a wonderful family man he is. We had such fun together, we covered a lot of topics. At one point I pointed up at the sky and said, ‘The sky is blue. Where is heaven?’ And he responded, ‘I wish we had more time to sit down and talk about it, but I’ll tell you what I’ll do: [When I] get there . . . I’ll send you an SMS!’”

Elder Uchtdorf and Player are contemporaries in age, with Player being just five years older than the Apostle. Player’s glowing reviews of his golf game and conversation with Elder Uchtdorf were accompanied by even more admiration for the Church over the years. His daughter Amanda and his wife Vivienne both joined The Church of Jesus Christ of Latter-day Saints in the 1990s, and Player himself has strong religious convictions. 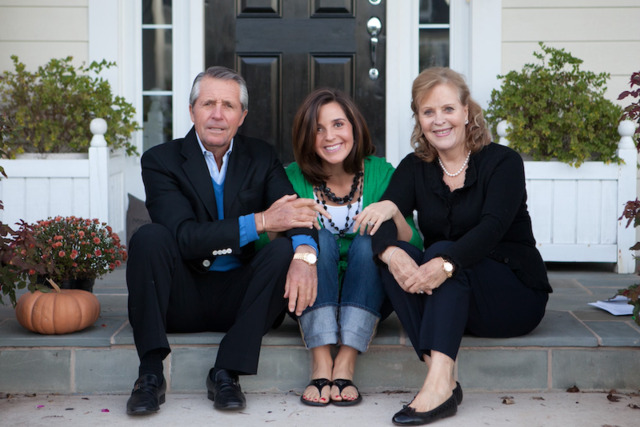 “I’ve always been a great admirer of the Church. The main reason, obviously, is because your church is so emphatic about Jesus Christ. I don’t know how people live without that. It’s the reason I’ve been so successful, it’s the reason I have so much love in my life, it’s the reason for everything I do . . . . If I was a young man, I would definitely become a member of your church.”

Player was also very complimentary of the young men and women who serve missions for the Church and said their family has been blessed as his daughter Amanda and three of his grandchildren have served full-time missions.

“When I watch the young missionaries, I’m always so impressed. They’re wonderfully dressed, they have manners, and they have respect . . . . I admire your church so much for the effort these young people are making, sacrificing, putting in two years of hard work. It molds your character and teaches discipline.”

Player posted about his experience with Elder Uchtdorf on Instagram, stating:

I had the pleasure of playing a round of golf with Elder @dieterfuchtdorf. One of the finest gentlemen I have ever met. He is a principled man that we can all learn from and it’s safe to say that I am a big admirer of his. I have been touched and inspired by his words of faith and wisdom. In today’s world we need more people like him.

A friend of the Player family has said that Gary has long admired Elder Uchtdorf. In the past, when his wife has been watching general conference in their home, he has said, “Tell me when the pilot is on.”

“When you meet a man like Elder Uchtdorf,” Player said, “You can just tell why he’s such a great leader in your church. All your leaders, they’re humble, they’ve got respect, and they’ve got love in their hearts. And that’s so important . . . . I’ve always admired him so much, and he lived up to all my expectations and hopes. It was an absolutely memorable day.”

When asked about Elder Uchtdorf’s golf game, Player laughed and said, “Well, he had a hurt shoulder, so he rode around in the cart with me, and he putted, and he hit a few little chip shots here and there, but he was a delight.”