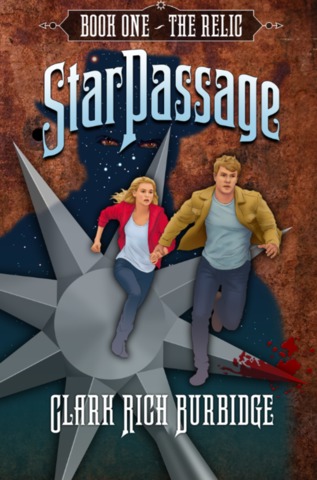 Teenagers Tim and Martie Carson are the only ones that can save their family from a downward spiral being fueled by their parent’s struggles with PTSD and depression. An ancient relic discovered under mysterious circumstances holds the key to unlocking answers that can only be found in the past. In a race against time, they must learn its secrets while avoiding the dangerous shadowy figures, called Trackers, who are called whenever the relic is used and seek to obtain it for their own evil purposes.

From award-winning storyteller Clark R. Burbidge comes the first book in a new young adult fantasy adventure series, StarPassage: The Relic, a nonstop spellbinder with surprises and suspense at every turn. Travel through history with the Carson family as they struggle to understand the relic’s purpose. Can they follow the clues and piece together the puzzle containing the answers they seek before being trapped forever by the evil forces that relentlessly pursue them?