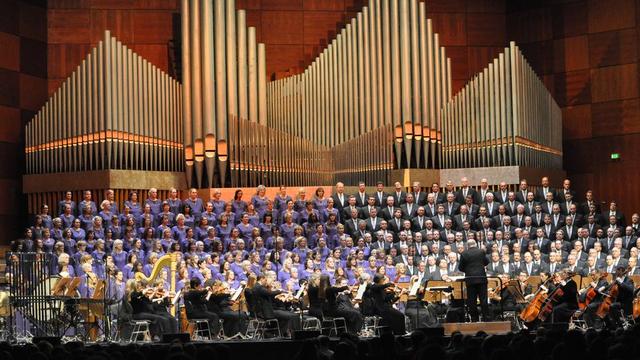 The world-renowned Tabernacle Choir and Orchestra at Temple Square will travel internationally for their upcoming tour. They will perform in six cities in four Nordic countries and the United Kingdom over 22 days from Thursday, June 25, through Thursday, July 16, 2020. The tour will comprise performances in the following venues and cities:

The performance at St. David’s Hall in Cardiff will be a benefit concert with attendance by invitation only. Ticket information for the other venues will be announced at a later date. 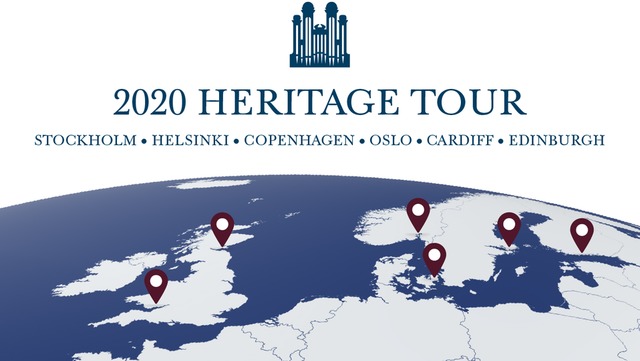 Choir president Ron Jarrett said the name of the tour is a nod to the history of the Choir (which took root because of early converts to The Church of Jesus Christ of Latter-day Saints) with musical talents from Wales and other areas visited on the upcoming tour. “We stand on the shoulders of these musical pioneers who created a legacy that has influenced the entire world for good. What an honor it will be to share the joy and peace the music of the Choir brings in some of the very places where it all began.”

The first conductor of The Tabernacle Choir, John Parry, was an early Welsh convert to the Church who later emigrated to Salt Lake City. In 1849, he led 85 Welsh members in a singing group and was soon asked by Church President Brigham Young to form an official choir.

Another future conductor of the Choir, George Edward Percy Careless, began his musical career in London in 1862 after completing formal studies at the Royal Academy of Music. In 1865, Young approached Careless and said, “Brother George, I have a mission for you. I want you to be chief musician of the Church. I want you to take The Tabernacle Choir and the Theatre Orchestra and lay a foundation for good music.” And that is just what he did during his tenure.

Since its first tour outside Utah in 1893, the Choir has toured extensively across the United States and abroad. In addition to its previous European tours, the Choir has performed across the globe, from Israel and Russia to Japan and Australia. Its travels have also included performances at the inaugurations of seven U.S. presidents. A complement of approximately 65 members of the Orchestra has traveled on tour with the Choir since 2005.

The 360-voice Choir, accompanied frequently at home by the Orchestra, whose member roster totals over 200, can also be heard weekly as part of the Music and the Spoken Word broadcast. This 30-minute program is the world’s longest continuing network broadcast and currently airs on over 2,000 radio, TV, cable and satellite stations worldwide.

The Choir and Orchestra are active recording artists with their own recording label, which has released over 90 CDs, DVDs, books and other products since it was founded in 2003. The Choir’s current CD release, Let Us All Press On: Hymns of Praise and Inspiration, was number one on Billboard’s Traditional Classical Albums chart for 3 weeks at its release, marking the 13th time an album from the Choir has received such an honor.

Lead image of the Tabernacle Choir in the Meistersingerhalle in Nuremberg during their 2016 European tour. All images from the Church's newroom.