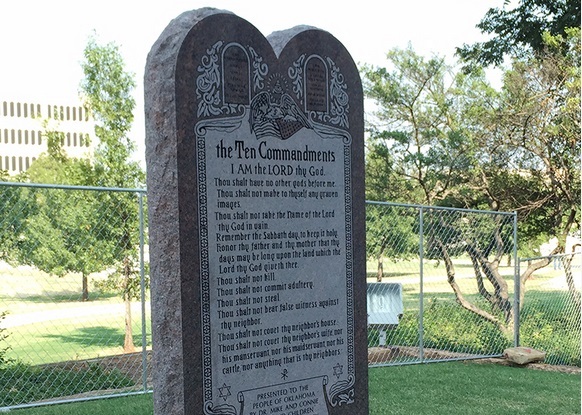 MR says: After an Oklahoma state judge banned a 6-foot-tall monument of the Ten Commandments from the Capitol, a new group has offered to take the monument and give it a home.

The Republican Party of Oklahoma has offered a home to a Ten Commandments monument soon to be removed from Capitol grounds by court order, saying the teachings etched in stone are espoused by the party, officials said on Thursday.

A state judge in September gave Oklahoma until Oct. 12 to remove the 6-foot-tall monument, denying requests from the state’s Republican leadership to leave it in its current spot a few paces from the Capitol.