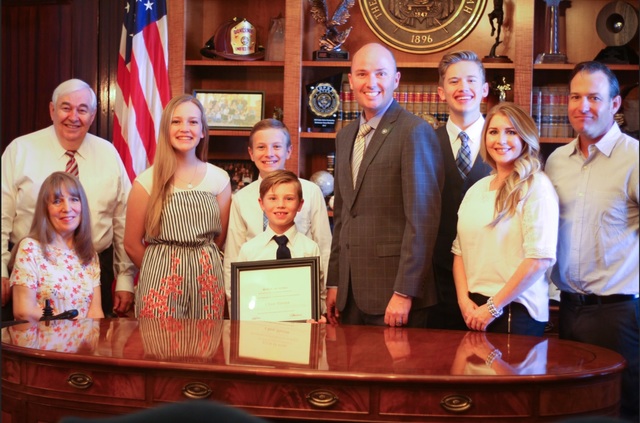 “Dad, I can’t wait to go on a mission,” Chase Hansen told his father, John Hansen, after Chase got baptized and walked out of the baptismal font in 2017. John responded, “Son, we are already on a mission.”

The mission Chase and John are on right now is to empower homeless people and vulnerable children. Chase, who is now 9 years old, is already a CEO for a nonprofit and has met with church and government authorities to discuss how to lift his community. Speaking of the reason behind his nonprofit work, Chase says, “If you watch a bunch of superheroes, you usually do nothing or you do something.” He has chosen to do something to change the world for the better.

In 2011, during the financial crisis, John decided to close his business. While in between jobs, he decided to spend more time with his son. They spent every day together watching superhero movies and were often in “the superhero mode.” “When he [Chase] was 2 or 3, we would get on TRAX [Utah’s public transportation] and he would explore as a superhero,” John says. “I found it was so enjoyable to follow my little son and his lead.” 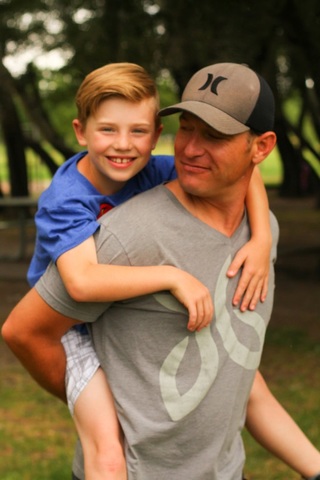 While Chase and John dressed up as superheroes, they soon realized that they could do more than play pretend—they could also do superhero work. “One day, Dad and I were walking [in an outdoor mall], I looked over to my right and I saw these people just looked sad and depressed,” Chase says. “I said, ‘Dad, who are they?’ My dad said, ‘They are homeless people who are hurting and need help.’ I said, ‘Dad, we need to help them.’”

“All the greatest stories, either from the Bible or the Book of Mormon or the ones we celebrate on the big screen . . . are meant to inspire us to either do something or do nothing. We tried. We were nada for a while,” John says.

When Chase and John went to the 2013 Salt Lake Comic-Con, they were inspired by the 40,000 people dressed as superheroes and began talking about creating a base for all the superheroes. They found an old welding shop, and after four months of renovation, Kid Labs was born–a nonprofit that empowers kids to build their communities.

“What Kid Labs does is teach about leadership, compassion, and empathy,” John says. “As parents, what we seek to do is empower, to help them [our kids] believe things are accomplishable. . . . When a little boy gets into a hero-mode, and a little girl gets into a princess-mode, there’s an energy associated with our souls that comes out. If you leverage that, teach them about leadership, help them get into the character they borrow from princesses and heroes, they would ninja charge everything.”

Kid Labs provides a range of classes for children and their families, including parenting classes, robotics classes, yoga classes, and leadership classes for kids. “When Chase has a crazy idea, my job is to make that happened,” John says. At Kid Labs, Chase and John worked with 30 graffiti artists to spray paint their base with superhero characters. In the center of the base, there is a wall built out of 300 potato chip boxes, and on the wall, Chase decided to write the word “Love” in huge letters. “If you didn’t have love you would be lost; you wouldn’t know anything; you would be empty-hearted; you would just be sad and lonely. Love is such a big word because it is just kind of keeping you alive,” Chase explains. 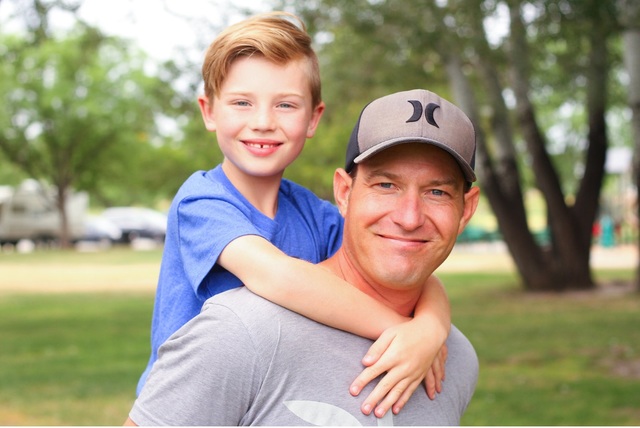 “Love is the answer for all things. When we had this wall, what we did is we produced an experiment. We were doing experiments, around the things that were important to us,” John says.

Chase and John did 95 social experiments in Kid Labs in the first eight months after it opened. However, after a volunteer stole some of the nonprofit's funds, Kid Labs was forced to close less than a year after opening. But, the closure of Kid Labs did not stop Chase and John from their mission of helping others. For the past several years, they have been doing lots of “idea adding,” where they go out, talk to authorities, and ask themselves how they can continually serve and help those who are vulnerable. “We conducted large amounts of research this last year to really be mission-driven. Focus on love, focus on connection, focus on what we can do to make a difference in our county,” John says. “We went around lots of theories and thought processes on how to create change, and how to love thy neighbor. [We] put some boots on the ground and spent some time with real people.”

With about 3,000 homeless people in Salt Lake City, Chase and John have spent time on the street and met about 120 of them. They get to know them individually as they offer to have a meal with them. “How can I help him with what he is going through? . . . What is going through his head right now? What is he thinking?” Chase asks.

John adds, “All these questions come out sometime during the conversation . . . the social experiment Chase is really trying to work on right now is this social experiment around connection, around how do we really dig in.”

“I was in an awful place when I met John and his son, Chase, while on TRAX. Over the course of time, we became good friends,” says Mike. At the time he met Chase, Mike was recently divorced from his second wife and had lost parental rights to his two sons. “It was difficult when my ex-wife withheld visitation rights. I love my boys, and naturally that whole thing really got me upset and depressed,” Mike says. “I had feelings of hopelessness and eventually found myself homeless.”

Mike says Chase and John helped him see things in a different way and helped provide transportation to visit his sons every week for six months. They also gave Mike a bike so he had transportation to get to work. Now with a job, a promotion, a safe apartment, and the hope of getting his parental rights reinstated, Mike has seen how a little love and understanding can change a life.

Mike’s story is just one example of what Chase and John are doing to help others. They are currently in the process of reopening Kid Labs, and they also plan to teach children in the Midvale, Utah, family shelter about leadership, service, art, and creativity. “There are 200 kids and 100 adults, so 300 people that are sleeping in large bunk beds that feel minimized, feel lost, and feel hurt. They don’t feel love from the community. They don’t feel love in most of their lives,” John says. “My goal is to discover how we can lift our community and strengthen the family by empowering the kids.” 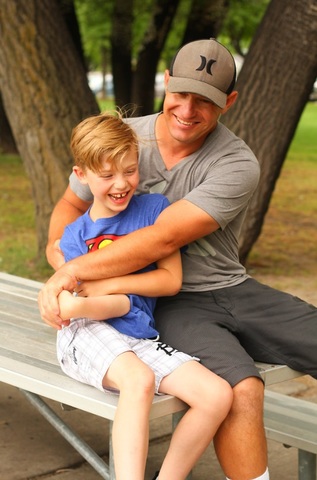 Chase and John are now trying to get other people involved with their Project Empathy. “We try to create a feedback loop for the government. . . . What we want to be able to do is to connect the dots and provide immediate feedback for nonprofits, church groups, or government entities,” John says. “Lifting people through connected experiences that are consistent. That is kind of the goal with Project Empathy. Focusing on getting the data back that helps the person who is listening feel valued, and helps the person who is sharing feel heard.”

In July 2018, Chase was awarded a service award from Lt. Governor Spencer Cox. This 9-year-old and his dad are still working on many ideas together to lift their community. “The way that I can make a meaningful difference and leave a legacy behind is through my son,” John says. Chase says God is one of the main people who inspires him. “In the Book of Mormon, God says to love thy neighbor; that is what I want to do is to help people and take care of them and make sure they are having all they [need],” Chase says. “I also want to serve a full-time mission so I can teach people about God so they can feel the same way.” When asked about what goal he has for the future, Chase says, “Help make the world a better place.”