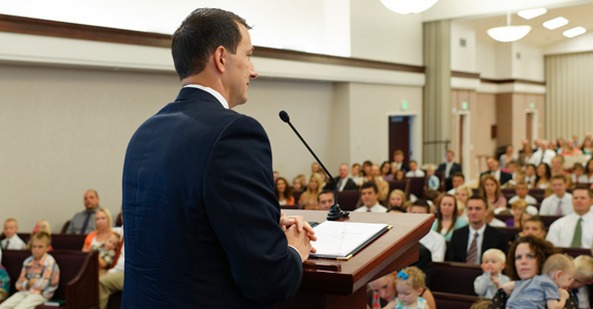 The Absolute Best Way to Start a Talk at Church

Today was ward conference, and as is typical in ward conference sacrament meeting, we had two speakers: the bishop and the stake president. Both of their talks were excellent, and they both happened to do the same thing in such a way that I thought there was a lesson there for good public speaking that I commented on at the beginning of my Sunday School class.

Without fanfare, the bishop began by telling a personal story. He explained that this was a story about how children sometimes don’t understand the weird things their parents do. As background to the story, he painted a word picture of the place he grew up. His was a very large family in a very Mormon neighborhood, the kind of place from which people rarely moved, so by the time you get to high school you have a lot of shared history. And he explained that typically in his mind he had two groups of friends: one was school friends with whom he interacted mostly in the school context, and the other was personal friends, with whom he interacted in the ward, in each others’ homes, on weekends, and so forth.