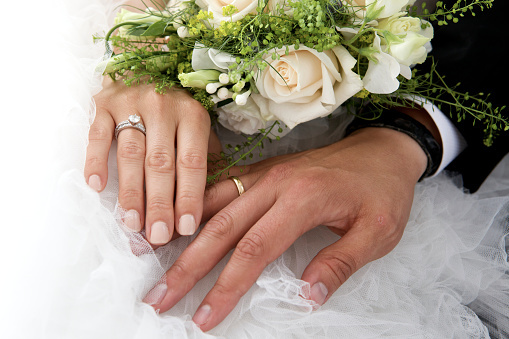 Many of us go to the temple today the way Adam and Eve first offered sacrifices—simply because we are commanded, without knowing why. Simple obedience is certainly better than not performing the ordinances at all. But the Lord who sent that angel must have wanted Adam and Eve to know why they performed the ordinances—and I believe He wants us to know why we do.

Are today’s temple ordinances also “a similitude of the Only Begotten”? Think of how the temple’s altars are—like the altar of Adam and Eve—altars of prayer, sacrifice, and covenant. Think of the elements of sacrifice in all the covenants of the endowment. Since Christ completed His atoning mission, we no longer offer animal sacrifice, but He does invite us to sacrifice in the same way that He taught the Nephites: “Ye shall offer for a sacrifice unto me a broken heart and a contrite spirit” (3 Nephi 9:20).

To illustrate more specifically how this process works, consider the sealing ordinance. Not long ago, I was about to seal a young couple in the St. George Temple. I invited them to the altar, and as the groom took the bride by the hand, I realized that they were about to place upon that altar of sacrifice their own broken hearts and contrite spirits—an offering of themselves to each other and to God in emulation of Christ’s sacrifice for them. And for what purpose? So that through a lifetime of sacrificing for each other—that is, trying to live as He did—they might become ever more as He is.

By seeking to live that way every day, they would each come closer to God, which would also bring them closer to each other. Through their increasing closeness to the Lord, their own energy and discipline would also draw upon the strengthening and perfecting powers He offers them through their covenant relationship with Him as His son and daughter. This way of living the covenants of the sealing ordinance would then sanctify not only their marriage but also their hearts, even their lives.

The more our sacrifices help us find Christ in the temple, the more we will find Him in our lives—and that process will transform us over time, preparing us to live one day in the exalted company of those seen in vision by President Joseph F. Smith: “And there were gathered together in one place an innumerable company of the spirits of the just, who had been faithful in the testimony of Jesus while they lived in mortality; And who had offered sacrifice in the similitude of the great sacrifice of the Son of God, and had suffered tribulation in their Redeemer’s name” (D&C 138:12–13; emphasis added).

As this exalted language suggests, those who seek the life of mature discipleship at the Melchizedek Priesthood level are likely to find that the higher principles and covenants of sacrifice are often linked to such related higher principles as suffering, meekness, consecration, and sanctification.1

In a sense, the sealing ordinance also invites us into the fellowship of Christ’s suffering, as our marriage covenants may at times ask us to suffer—to be afflicted in—one another’s afflictions. The children born of that sealing may also bring us into this fellowship, as we may at times endure real anguish in bringing them here, rearing them, and suffering with them through their dark valleys. This sacrificial living of our temple covenants can “bring to us a certain special suffering,” and thus a special joy, “that comes with deep discipleship.”2

1. See chapters 19 and 20 of this book for a more complete discussion of consecration and sanctification.

In The Contrite Spirit, Elder and Sister Hafen use the lens of the temple to share their insights about receiving the Atonement of Jesus Christ, shedding further light on the central doctrine of the gospel while deepening our understanding of temple ordinances. As we further explore the Atonement based on the covenants of the temple, we will better understand how the Atonement applies to us.