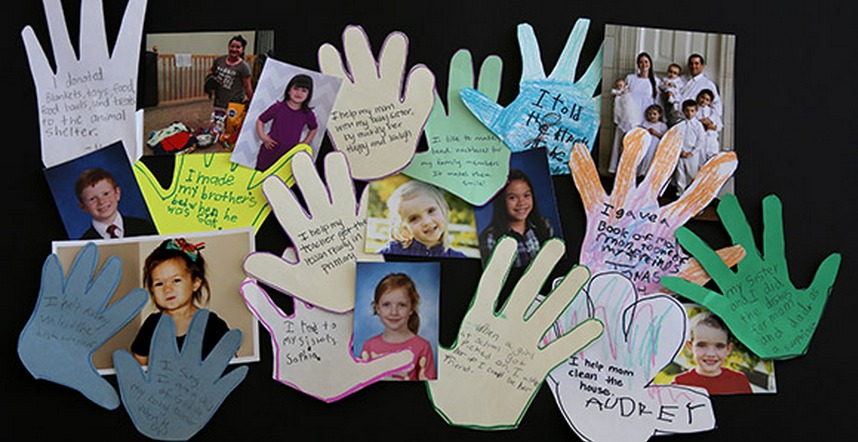 Hands, just like service, come in all sizes. The Friend magazine incorporates both into its new “Give Us a Hand” campaign.

The campaign, which was introduced in the January 2015 Friend and Liahona, encourages children to find ways to serve. It invites them to find and do an act of service and then trace their hand on a piece of paper, write their act of service on the handprint, and send it to the Friend or Liahona. Handprints are being published in both magazines during 2015 for children to see.

“We often receive letters from children telling us how they are trying to follow the Savior by serving others,” said Jan Pinborough, managing editor of the Friend. “And we wanted to show them the significance of what they’re doing. There are about a million Primary children around the world. If a million children around the world are all finding ways to serve others, think what a significant difference they will make.”