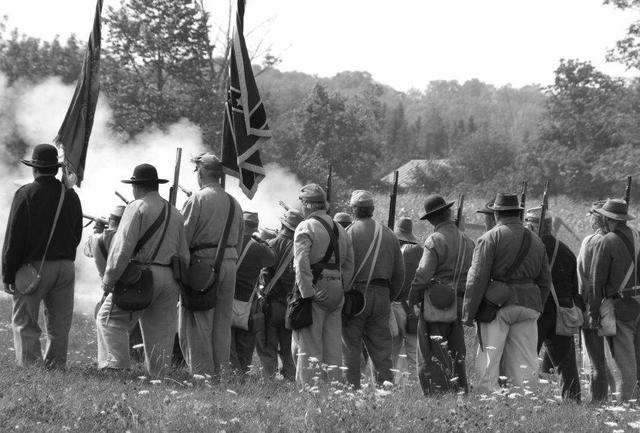 The Confederate Officer & 'That Mormon Girl:' A 19th Century Romance

MR says: What a sweet example of love that lasts through the ages.

Pretty twenty-seven-year-old Nancy Higginbotham Peery lay dying, a newborn son nearby. And knowing she was dying, she prayed. Not just for the tiny infant, who also was dying, but for her tall, intelligent husband, a Confederate Army officer who until then had resisted her efforts to bring him into her Mormon faith. Somewhere, sometime in the eternities, she wondered, would she ever rejoin this good man whom she loved so deeply?

She and David H. Peery had enjoyed ten years together as man and wife, having met and married when she was seventeen. Their courtship in 1852 had set folks in Tazewell County, Virginia, clucking. A number of mothers had schemed how to marry their daughters to David, one of the county’s most eligible bachelors. But the twenty-eight-year-old storekeeper, owner of the county’s most prosperous merchandise store, had ignored their efforts. Instead, to their irritation, he let Miss Nancy Higginbotham, “that little Mormon girl,” shoplift his heart.

David’s roots pressed deeply into Virginia soil, where he was born (6 May 1824) and raised. As a boy he often helped farm his father’s lands, working alongside his family’s black slaves. Winters he attended school, even some college. By the time he reached adulthood he hired others to farm his own lands so that he could open up a store. Blessed with excellent business skills, he turned the store into a very profitable venture. And the store is where he met Miss Nancy.

She too began life in Tazewell County, on 19 May 1835. While she was still a child, Elder Jedediah Grant’s powerful preaching converted many county residents, including her parents, William and Louise Higginbotham. Conversion triggered a desire to move to Nauvoo to be near the Prophet Joseph Smith, so the Higginbothams bid goodbye to Virginia. When the Saints had to flee Nauvoo in 1846, the Higginbothams became refugees with them in the west, but not before Mrs. Higginbotham had given birth to Nancy’s sister, Elizabeth Letitia. Two years later, while camped at Council Bluffs, the family received important news from Virginia. A family death resulted in a sizeable inheritance for them, if they could return to Tazewell County and make proper arrangements.

Unfortunately, by the time they reached Virginia, someone already had spent their share of the estate. Disappointed and penniless, the Higginbothams settled down again in Tazewell County to earn a living and save money for the 2,000-mile trip to Utah. They shopped at David’s store, and that is how David noticed the pretty teenager.

Family tradition says it was love at first sight. They courted, and that December David and Nancy married. They moved into David’s comfortable home at Burke’s Garden, Virginia.