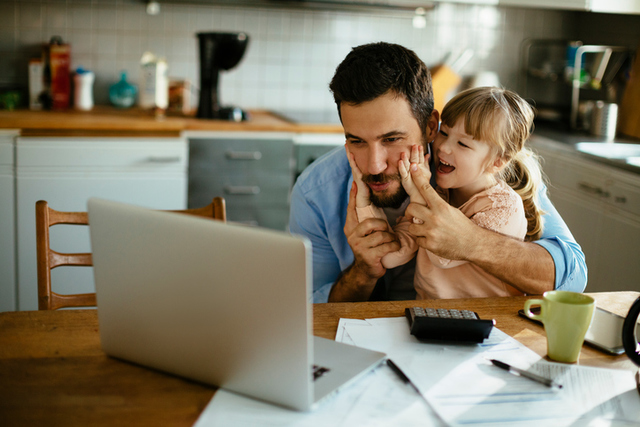 The Crucial Gift We Forget to Give Men

Full disclosure: I’m not married. Yet. But as an engaged person, I’ve spent a lot more time lately thinking about what marriage means and the role of this new person that I will call husband and, one day, the father of my children. I’ve been learning a lot, too, from listening to the way women around me speak about their husbands, fiancés, boyfriends, and the men in their lives. What I’ve heard has been a little surprising.

We are all aware that media can have a major impact on the way we think and feel—the movies we watch, music we listen to, and billboards we drive past penetrate our senses enough that sometimes we begin to think the way they tell us to. And unfortunately for our society, I think men and fathers have been on the receiving end of stereotypes far more often than we realize. Frequent portrayals of men as either intimidating and commanding or bumbling and clueless have led even members of the Church to fall into traps of thinking of their spouses, leaders, brothers, or fathers the same way. Take a few of these examples that beloved friends and ward members have said to me, jokingly or otherwise, in the course of a week:

- “Oh, your man is standing over there.”

- “Men don’t like going to classes on relationships and communication, but they’re usually the ones who need it!”

To me, each of these comments stereotypes—and yes, objectifies—men as a possession, as someone not as intelligent as the woman they are with, or as someone stubborn and clueless. In fact, when a married brother jokingly asked me if I had my fiancé, Ben, “trained” (keep in mind, Ben was standing right next to me), I wasn’t sure how to respond.

To reply affirmatively would have supported a stereotype I was working hard to break while replying negatively would likely come across rudely and potentially hurt the feelings of that well-intentioned brother. I was surprised to hear myself respond “Oh, we are training each other!” I believe that was an answer inspired by the Spirit that helped me realize what marriage is truly about—teaching and learning from each other in a spirit of equality, love, confidence, and trust that both partners have a valuable co-leadership role in the relationship.

Elder Christofferson said in April 2016 general conference, “I speak today of fathers. Fathers are fundamental in the divine plan of happiness, and I want to raise a voice of encouragement for those who are striving to fill well that calling. To praise and encourage fatherhood and fathers is not to shame or discount anyone. I simply focus today on the good that men can do in the highest of masculine roles—husband and father.”

If this is what we believe in the Church, why are we not doing our best to build men up and help them recognize this potential? This capacity for love, service, and righteous decisions? (This doesn’t just go for women speaking about men but for the way men speak about themselves to others, too!)

Men of God—Then and Now

Combatting stereotypical mindsets can be tricky, especially since many of them started out as jokes and are so deeply ingrained in our patterns of communication and humor. But I’ve discovered that if I put forth an effort to kindly defend men when these conversations come up, the Spirit can help inspire the rest.

One way we can break stereotypes is to turn to the scriptures and Church history. Here we find men portrayed in a very different way, for example:

Adam was the father of us all. He was the first person charged with taking care of the Garden of Eden. He named the animals and worked with Eve to raise a family.

Joshua was a strong, righteous leader in his family who said the well-known scripture line, “And if it seem evil unto you to serve the Lord, choose you this day whom ye will serve . . . but as for me and my house, we will serve the Lord.”

Lehi was a father who faced persecution inside and outside of his family. At a time when even he was reduced to murmuring after Nephi’s bow broke, a gentle question and continued respect from his son reminded him of his role as prophet and helped him overcome his moment of weakness.

Joseph Smith respected family and fatherhood in a well-known story told by Parley P. Pratt as he stood in chains after listening to the jailers’ obscene jokes and boastings about the torture they had inflicted on the Saints and powerfully stated, “SILENCE, ye fiends of the infernal pit! In the name of Jesus Christ I rebuke you, and command you to be still; I will not live another minute and bear such language. Cease such talk, or you or I die THIS INSTANT!”

I had the privilege to participate in the recent Worldwide Devotional for Young Adults. The closing song by the choir was “Let Zion in Her Beauty Rise.” The men in the choir sang a verse that isn’t found in the hymn book:

As they sang this verse, I could feel their testimonies and I was struck with a powerful feeling of peaceful assurance that these men that we date, work with, marry, and call brother or dad are sons of God. They are made in the image of a Heavenly Father—a Being we know is anything but bumbling or clueless. They can be powerful forced for good if we let them and encourage them!

In “The Family: A Proclamation to the World,” you can count on one hand the number of times men or women, mothers or fathers, are mentioned without the other. Yet sometimes we forget the “we.” We forget that “By divine design, fathers are to preside over their families in love and righteousness and are responsible to provide the necessities of life and protection for their families” at the same time that “Mothers are primarily responsible for the nurture of their children.”

Obviously this reminder to not view or treat men as objects goes both ways—women should not be treated this way either—but sometimes in our efforts to defend womanhood and motherhood, I fear we forget that it’s equally important to defend manhood and fatherhood. Even in single-parent households where a father might not be present, I truly believe it is important to be mindful of the way we think about and talk to those around us.

People generally live up to the standard you set for them, and if we set our expectations for men lower than God has set it, they risk losing their potential to become confident, kind influences for good, stuck in a belief that they are perpetually wrong, inadequate, and not good enough. Acknowledge the kind and righteous decisions they make and give them the motivation to continue improving, growing, and pursuing their eternal identity as sons of God. As we celebrate Father’s Day, perhaps we can give the valuable gift of encouragement to the men in our lives this year. 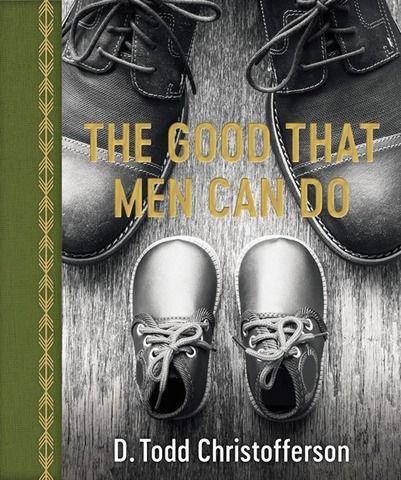 For more on the importance of fathers in today’s society, pick up The Good That Men Can Do, adapted from D. Todd Christofferson’s 2016 general conference talk “Fathers” and available at Deseret Book stores and on deseretbook.com.