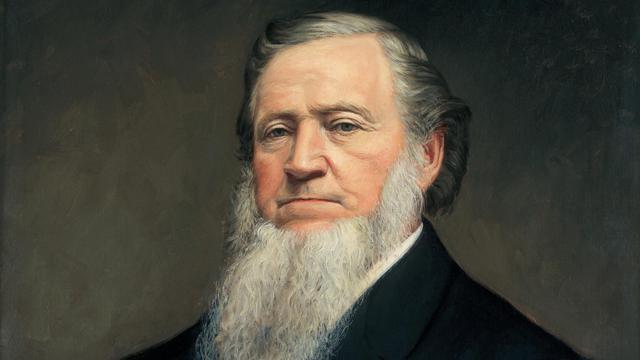 When he was just 9 years old, Lorenzo Young, Brigham Young's younger brother, had a dream about his older brother's destiny that would prove prophetic. Here is what Lorenzo Young had to say about his dream:

He recorded standing in an open space, seeing a carriage coming along a road that led up into the air. The carriage was white and brilliant with gold and the horses traveled like the wind.

“It was made manifest to me,” he recorded and is published in “Lorenzo Dow Young’s Preparation for the Gospel” on ourlittlecircle.com, “that the Savior was in the carriage, and that it was driven by his servant. The carriage stopped near me, and the Savior inquired where my brother Brigham was. After informing him, he further inquired about my other brothers and our father. After I had answered His inquiries, he stated that he wanted us all, but he especially wanted my brother Brigham."

After conversion to the gospel, Lorenzo continued to be a visionary man, experiencing much by means of the Spirit which strengthened and enlightened him. In Missouri, he left behind home, animals and fields ready to harvest and began again in Nauvoo, Illinois. Here he was ordained a Seventy and received his endowment before traveling West in the first group of pioneers, led by his brother, Brigham Young. Lorenzo’s wife, Harriet, bore a baby son two months after their arrival in the Salt Lake Valley, the first pioneer male child to be born in that wilderness (see “The Faithful Young Family").

Lorenzo was fearless in dealing with hostile Indians or any form of difficulty or trial. Once, when returning to his ranch on the Jordan River, he was mistakenly taken as a thief, shot at and wounded in the arm, where the main artery was severed. Stubborn and determined, he kept riding until he reached the home of a friend. Somehow he had the presence of mind to send this Brother Daniels to another, Brother Jeremy, who lived close by. “The two laid hands on me,” Lorenzo wrote, “and asked the Lord to stop the flow of blood from my wounded arm. It stopped immediately. The main artery was cut above the elbow, and but for this timely relief I should have bled to death” (see "History of Utah, Vol 4" by Orson Ferguson Whitney).