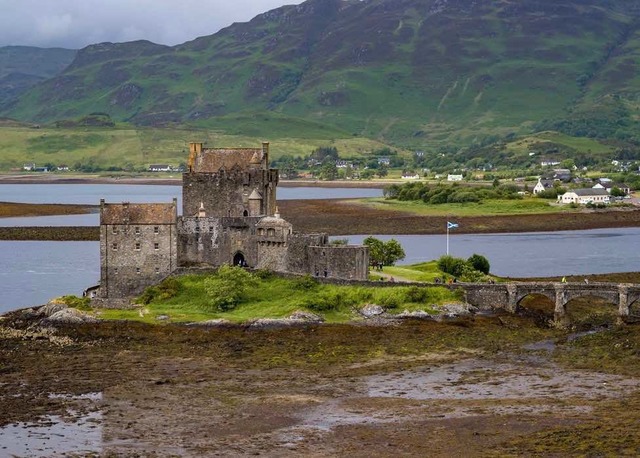 “I knew in whom I had trusted, and with the fire of Israel’s God burning in my bosom, I forsook my  home.” So wrote Jane C. Robinson Hindley, who was one of about 90,000 European converts who gathered to an American Zion in the mid-19th century.

The Gospel Comes to Scotland

In 1839, two Scotsmen who had been living in Canada were sent to preach the message of the restored gospel in their homeland. Samuel Mulliner and Alexander Wright arrived in Glasgow in December before journeying together to Edinburgh, where Mulliner’s parents lived. While Wright continued north to spend time with his relatives, Mulliner remained in Edinburgh until January 1840. At that time, he left for Bishopton with a plan to systematically proselytize from one end of the country to the other. In Bishopton he taught Alexander and Jessie Hay, baptizing them in the icy River Clyde a week later. At the end of the month, he met Elder Wright back in Edinburgh, where the reunited missionary companionship preached for a few weeks before returning to Bishopton and the surrounding towns.

At Paisley, they hired a hall and began to preach at public meetings. In Kilpatrick, they encountered opposition, and a mob forced them to leave town by pelting them with rubbish and stones. Yet, by mid-May, Mulliner and Wright had baptized 80 converts, and Orson Pratt had formed a branch in Paisley.

Scots in Zion and Saints in Scotland

By September 2, 1840, four Scottish converts had left their homeland for Zion— the beginning of a tide of thousands who would follow. Anne Edwards, a public affairs director from Dunfermline, Fife, says, “In those days, leaving here meant you were lucky if you got a letter, never mind to see these people again. So [this exodus] left a very bitter taste in Scotland. A lot of wonderful people left to go build Zion in the United States.”

Those Scottish converts who had gathered in Nauvoo were soon forced to head West with the rest of the Saints, including David Grant, who was one of the first Latter-day Saints to enter the Salt Lake Valley with Brigham Young’s advanced company in 1847. More Scots followed, bringing their art, music, theater, education, medical knowledge, business sense, and leadership skills along with their faith. Many served in key callings in the Church or had descendants who did, such as Scotland-born Latter-day Saint David McKay, whose son David Oman McKay became the ninth president of the Church.

In the winter months of early 1848, Scottish members again began to cross the Atlantic. One group came on the Carnatic, which had about 120 Latter-day Saint emigrants on board, half of whom were from Scotland. Following a rough ocean crossing, these Scottish Saints arrived in the Salt Lake Valley in the fall of 1848.

The following year, Frederic Gardner noted about the voyage of the James Pennell, “I believe altogether there are about 250 souls, probably one hundred or more of whom are from Scotland. But all are filled with the spirit of the gospel and working in harmony with each other.” John Penman remembered, “Myself, wife, and three children bid adieu to dear old Scotland and cast our lot with the Mormons and to make a home with that peculiar people in the desert wilds of North America.” During the latter half of the 19th century, the Scots gathered as individuals and families by the hundreds and thousands to make a desert blossom as a rose.

Scottish Saints continued to gather in Utah until the turn of the century, when they were called to establish Zion in their home country instead. The exodus to Zion had taken its toll on Scottish members who stayed behind, however, and there was a lot of work to be done. As late as 1955, there was only one elders quorum in all of Scotland, and this quorum included elders from New Castle, England, about 100 miles from the Scottish border. In fact, there were only 541 elders dispersed in five quorums in all of Britain at that time and only 800 members in Scotland by the end of 1960.

Sally Brown, a faithful 93-year-old Scottish Saint who joined the Church in the early 1950s, recalls, “When the prophet David O. McKay told the Saints in Scotland that a temple would be built in the British Isles, it was unbelievable. No one could visualize such an amazing blessing. We belonged to a tiny branch of 20 people who met in a home. No one could imagine the rate of growth to come, and it was beyond our wildest imagination that the Church would be as it is today.”

There was indeed major growth in the 1960s and ’70s, and by 1980 there were 10,000 members split into five stakes in Scotland. Although a second British temple was added in northern England at Preston in 1998 (nearer than London to the Scottish border), Edwards shares, “The Saints in Scotland yearn for a temple in their homeland—a focus for worship and a blessing to the people of Scotland.” Alister Grubb from the Aberdeen Stake adds, “The spirit of the Saints in Scotland is strong. Many Saints . . . are regular temple workers and spend six weeks several times a year at the temple.”

Over the decades, the number of Scottish Latter-day Saints has slowly continued to climb. However, there are still challenges that face these members, many of them cultural. Ruth Nevison, a young single adult Scottish native who joined the Church two years ago, shares, “Culturally, the Scottish are largely intellectual. [They] often don’t identify with a faith or [they identify] as atheist. I have experienced how this can make having open conversations about my faith, or faith and religion in general, very hard.” Edwards agrees, “The bottom line is [many Scottish] children are not being taught anything spiritual at home, and in many cases, they’re not being taught at school. They’re not going to any organizations where they’re learning about God, so it’s alien.” 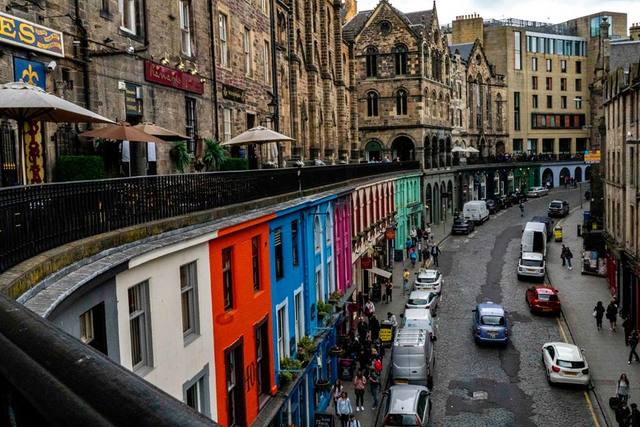 The drinking culture in Scotland can also present a challenge for members. “People find it very difficult to go out and enjoy themselves without alcohol,” Edwards says. Nevison adds, “Lots of social situations revolve around drinking or being in pubs and clubs. This is where lots of friendships are created or strengthened. Since having joined the Church and chosen to stop drinking, a lot of the people I thought I was friends with I suddenly had nothing in common with anymore.” However, she adds, “The  friendships I have created with people through church are built on more meaningful experiences and interests.”

Challenges aside, when it comes to socializing and accepting others, the Scottish Saints shine. “Generally, Scottish people are thought of as quite friendly,” Nevison says. “This is even truer within the Church. I hear visiting members say that here in Scotland we are very friendly and welcoming. Personally, I have experienced how loving and accepting the members in Edinburgh are.” 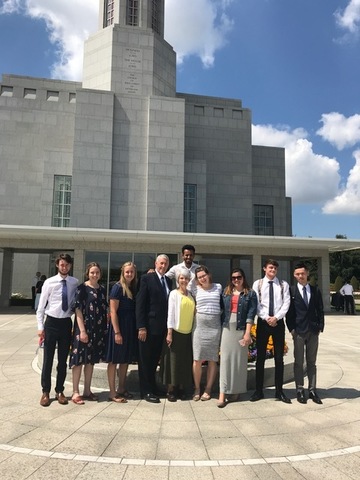 The social strength among the Scottish members was evident even before there were official meetinghouses in the country. Though the Saints sometimes were able to gather in old Masonic halls that they cleared of alcohol and cigarettes before meetings, Edwards remembers, “Some of the more spiritual moments were in people’s homes. There’d be people on seats and on knees and on every space of the floor. And the Spirit—you could cut it with a knife—the singing, the praying, the bearing testimonies.”

Evelyn Liston, a lifelong Scottish member, also recalls a particularly special gathering for Latter-day Saints in Scotland. “Donny Osmond’s son served his mission in Scotland, and twice Donny agreed to do a fireside in the Dundee Stake building. People went from all over Scotland, and you weren’t allowed to go as a member unless you took a friend with you. But the cultural hall was full, the chapel was full; there were people in the corridors. He was a famous visitor, and he didn’t sing. He came and bore his testimony and spoke about church. That made a massive impact, and a lot of people came to church because of those kinds of beginnings, so big events in Scotland supported by the Church are still very important.”

Young single adults in Scotland today don’t remember those large gatherings, but for them, smaller gatherings are still a fundamental part of worship and friendship. Nevison shares, “Sundays are the foundation of our meet-ups. We enjoy the usual activities such as munch-and-mingle or institute. The YSAs get together often, using instances like watching general conference at our bishop’s house as an opportunity to gather and eat together while strengthening friendships.”

For some converts in the 1900s, the first thing they remember hearing, learning, or knowing about the Church was summed up in a single word: polygamy. That issue, combined with the mass exodus to Zion, left a poor impression in the minds of many Scots who were not members of the Church. But Liston believes that has been changing over time. “I believe that in the community, the [Church’s image] was excellent at the beginning, went through a longer period of change where [Latter-day Saints] were [considered] strange, and then it’s kind of coming back again over the last few years to being better. But I think that’s due to the Church population getting bigger, and we have so many members who work in the community, who do charity work, who talk to neighbors.”

In today’s complicated world, Edwards believes that the Church’s offer of spiritual identity and security is becoming increasingly appealing. And the increased coverage of the Church, its principles, and its members in local media has helped improve its image. “[People have] heard about the Church in a favorable light,” Edwards says. “They’re more interested in talking to the missionaries. Even if they’re not interested in the Church, they’re at least associating the missionaries with something positive.”

And that increasingly positive perspective depends a lot on the rising generation. Nevison says, “I’m often asked to help [the missionaries], to fellowship new members, and to attend baptisms. I see the missionaries work hard and hear some incredible stories of the converts they find. The YSA [membership] is integral to fellowshipping both investigators and new members. Everyone seems to have a piece in missionary work.” 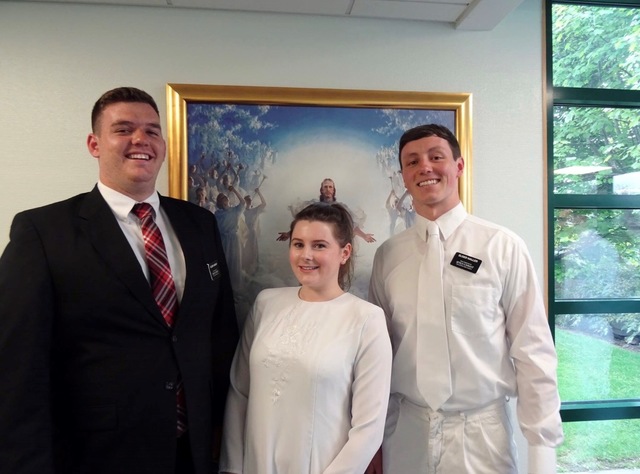 Today, the Saints in Scotland are wielding their influence not only in America but also in their own country. Statistics for the Church in Scotland at the close of 2017 showed 5 stakes, 25 wards, 12 branches, 9 family history centers, 1 mission, and a total of 15,557 members. Edwards notes, “The Scottish Saints remain relatively few in number but strong in commitment.” Liston adds, “Scotland is such an exciting land to live in at this period of time. The gospel is growing daily and the feeling of . . . love of God and country is deep in my heart.”

“I get the feeling that living this gospel is easier in some places than others,” Nevison says. “In Scotland, I think it’s a little harder. Our small wards mean we don’t always have enough people to [fill] callings, and sometimes people will take on another assignment along with a calling. Being so far from a temple can feel like a blessing sometimes as you sacrifice a whole day to be there and try to appreciate every minute of the experience, but . . . I see my friends on social media attending the temple every other day, and I find myself wishing I could do that, too. But the most important thing is that I love this gospel, and I consider it a blessing to be able to worship here in the Edinburgh Ward.”