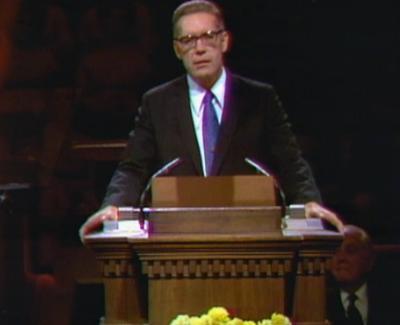 The Final Testimonies of 22 LDS Prophets and Apostles

In his October 2015 general conference talk, Elder David A. Bednar, a member of the Quorum of the Twelve Apostles of The Church of Jesus Christ of Latter-day Saints, spoke of the final years in the lives of recent church leaders.

"These servants shared with us in the concluding years of their mortal ministries powerful spiritual summaries of lessons learned through decades of consecrated service," Elder Bednar said. "These leaders imparted truths of great worth at a time when some may believe they had the least to give."

He shared the final testimonies of those with whom he has served during his time as a member of the Quorum of the Twelve Apostles, beginning with President James E. Faust and ending with Elder Richard G. Scott, who died in September of this year.

"I am not suggesting the final messages of these beloved men necessarily were the most noteworthy or important of their ministries," Elder Bednar said. "However, the sum of their spiritual learning and life experiences enabled these leaders to emphasize eternal truths with absolute authenticity and great, penetrating power."

Inspired by Elder Bednar's talk on these final testimonies, we have collected quotes from the final general conference address given by each prophet or apostle who has died since Elder Richard L. Evans in November of 1971.

During the Sunday morning session of the October 2007 general conference, President Gordon B. Hinckley gave his address titled "The Stone Cut Out of the Mountain."President Hinckley explained that the Lord's promise to help the church move forward was being fulfilled. He also shared his testimony of the Restoration and encouraged those listening to gain their own testimonies of Joseph Smith's First Vision. 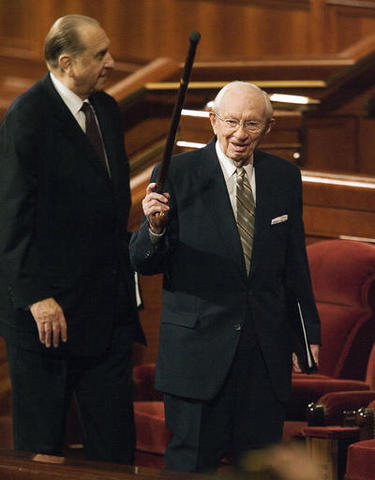 "To you, this day, I affirm my witness of the calling of the Prophet Joseph, of his works, of the sealing of his testimony with his blood as a martyr to the eternal truth. Each of you can bear witness of the same thing. You and I are faced with the stark question of accepting the truth of the First Vision and that which followed it. On the question of its reality lies the very validity of this church. If it is the truth, and I testify that it is, then the work in which we are engaged is the most important work on the earth.”

During the Saturday morning session of the April 1985 general conference, Elder Bruce R. McConkie gave his address titled "The Purifying Power of Gethsemane." During his talk, Elder McConkie, who would pass away less than two weeks later, discussed Christ's love and the Atonement.

“I am one of his witnesses, and in a coming day I shall feel the nail marks in his hands and in his feet and shall wet his feet with my tears.

"But I shall not know any better then than I know now that he is God’s Almighty Son, that he is our Savior and Redeemer, and that salvation comes in and through his atoning blood and in no other way." 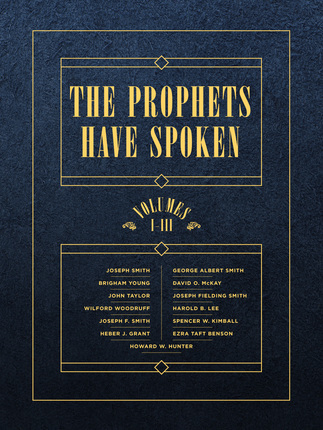 The Prophets Have Spoken

How valuable would it be to have every General Conference talk given by fourteen latter-day Presidents of the Church in one powerful volume? Spanning 165 years and containing over 800 discourses from Joseph Smith through Howard W. Hunter, this landmark collection testifies of continuing revelation through the timely truths of living prophets.