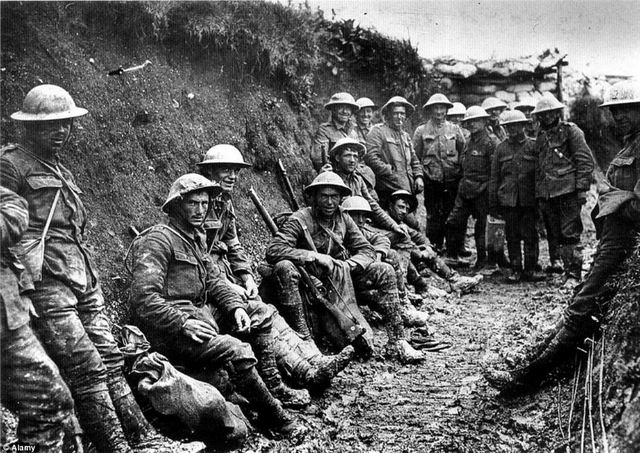 Preserving the voices of Church members in Wartime—The Great War

Veteran’s day is almost here, once again on November 11th, flags will fly and patriotic programs will prompt our remembrance of the service of our veterans. This year, Veteran’s Day coincides with the 100th anniversary of the close of the Great War, World War I. Touted to be the war to end all wars, World War I was one of the most terrible conflicts in history. At least nine million soldiers and nearly as many civilians died from war-related causes. This number does not include those who perished in consequence of the worldwide influenza pandemic near the end of the war.

Saints Serving in World War I

Members of The Church of Jesus Christ of Latter-day Saints were not spared from the ravages of the conflict. Approximately 25,000 Church members from the United States as well as hundreds of members from other nations, including Germany, fought in the awful war. The conflict hit close to home for many Church members. While in his youth, President Gordon B. Hinckley had a brother die while serving in France. Another notable figure who served was Hugh B. Brown, a former member of the First Presidency, who obtained the rank of major in the Canadian Army. 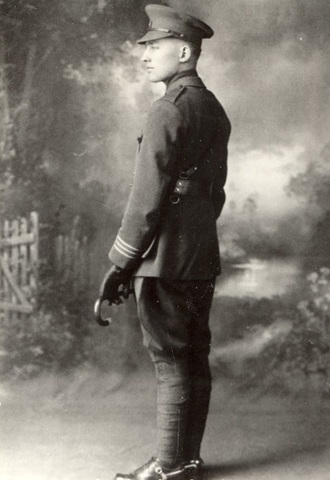 Hugh B. Brown in uniform. Image courtesy of Robert Freeman.

On Veteran’s Day, we pay tribute to those both past and present who have sacrificed so much for our liberties. Because of the centennial anniversary, World War I is receiving a significant amount of attention. For the Church, the war was historically significant as well. World War I was the first military conflict to involve large numbers of Church members on both sides, and hundreds of members died in consequence of the fighting. Many more returned home injured. Sadly, World War I also sowed the seeds that led to World War II approximately 20 years later.

On November 10th, a special Veteran’s weekend conference is being held at BYU to remember those who have served their nation during any period in history, but with an especial tribute to the World War I generation. Conference organizers and BYU Professors, Bob Freeman and Andrew Skinner, hope the conference will be a fitting tribute to Church members. Dr. Skinner has the distinction of being the son of a World War I veteran. Reflecting on his father’s service he reports that at one point during his father’s service, his mother received a letter from the commandant of the U.S. Marine Corps containing the following message: “Regret to inform you cablegram from abroad reports Private Charles LeVerne Skinner as missing in action July twenty first, 1918.” Skinner’s mother worried that her husband might have perished in the terrible conflict. Fortunately he was only wounded, and he was eventually returned to his unit to participate in operations in the Argonne Forest and along the Meuse River in France. Of course, many of those who received similar messages never saw their loved ones again. In the end, Charles returned home after the war and settled in Colorado where he and his wife met the missionaries, joined the Church, and were devoted in their service in the gospel for the remainder of their lives.

The First Latter-day Saint to Receive a Medal of Honor 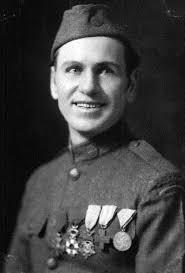 Another interesting note regarding the war is that it was the conflict in which the first Church member received the Medal of Honor, this nation’s highest honor. A native of Sugar City, Idaho, Private Thomas Neibaur received the award near the end of the conflict in consequence of his courage as his actions resulted in the preservation of many lives of fellow soldiers in his unit as well as the capture of nearly a dozen German soldiers while he was himself seriously wounded. About his experience, Neibaur wrote[i]:

"On 16 October we were in a position facing a small round knoll. To the right was a nest of German machine guns shooting down on us, and we could not advance until that nest of machine guns was cleaned out.

"The Captain called for volunteers to attack the Germans. I volunteered, then my two companions stepped out and said they would go with me.

We crawled to the top of the hill, where we encountered barbed wire entanglements . . . in getting over this wire entanglement I was shot through the thigh of my right leg three times, but no bones were broken. My machine–gun loader and scout were both killed at this wire fence. I dragged myself along the mound of dirt to where I was comparatively safe.

"When I looked up, I saw about forty–five Germans coming toward me. I quickly turned my automatic rifle on them and fired about fifty shots. The Germans got so close that I could see there was no chance for me to get them all, so I made an attempt to get back over the shell holes to my company. After I got away from the protection of the pile of dirt, I was in plain view of the fifteen Germans still alive. They kept advancing, shooting as they came. I was hit with a ball in my right hip, which passed into the left hip and there remains to this day. The shot stunned me for a minute, and I fell on my face in the mud.

"The Germans continued up the hill, until the boys of my company saw them and fired a volley at them. None of the Germans were killed, but it scared them and they got down out of sight. I crawled back to my pistol which they had not picked up. I got hold of it, then stood up and called to the Germans to hold up their hands. They came out of the shell holes and rushed at me with fixed bayonets. There were seven shots in my pistol. I shot the four Germans in front, and all this time I was calling on them to hold up their hands. When they saw that four of the fifteen were killed, the other eleven threw up their hands. I took them back to our lines."

Neibaur received the Medal of Honor from none other than General John Pershing, Commander of the American Expeditionary Forces during the war. Neibaur’s story is one of both triumph and tragedy. He returned home to a hero’s welcome but ultimately died at the relatively young age of 42 from tuberculosis. At the time of his death he was a widower with several children and was discouraged at being unable to meet life’s demands both because of his wartime injuries and a work-related accident at a local sugar mill. At one point he mailed his Medal of Honor back to the War Department in Washington D.C. with a note indicating that the medal was of no worth to him as it did not help him in his impoverished situation. His story has been documented by military historian Sherman Fleek in a volume titled Place the Headstones Where They Belong: Thomas Neibaur: WWI Soldier.

The public as well as all veterans and their families are invited to the conference. Titled Saints at War, the event will run from 9 a.m. until 2 p.m. on Saturday, November 10th. It is being held at the Harmon Conference Center on the Brigham Young University campus. Elder Bruce A. Carlson, an emeritus Seventy and a retired four-star Air Force general will give the keynote address in the first session. A documentary on the Saints contribution to the Great War will also premier at the event. Information about the conference may be found at saintsatwar.com or by calling BYU Conferences and Workshops at 801-422-8925.

Mormon Life Wwi VeteransWwi,Veterans,Mormon Life
Comments and feedback can be sent to feedback@ldsliving.com