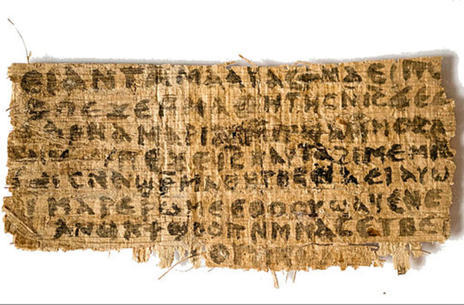 MR says: While this story sounds like the making of a Hollywood blockbuster, there is still some skepticism about the authenticity of the Gospel of Jesus’ Wife.

Hans-Ulrich Laukamp, one of the last alleged owners of the Gospel of Jesus’ Wife, may have risked his life to keep it from falling into the wrong hands.

According to Live Science’s recent report on a number of documents, the discovery of the Gospel of Jesus’ Wife — which is a papyrus about the size of a business card and says that Jesus said the phrase, “my wife,” while also referencing a “Mary” — was announced in 2012 by Karen King, professor at Harvard Divinity School.

King allegedly received the document from an anonymous source in 1999, LiveScience reported. The anonymous owner said he bought the papyrus in 1999 from Laukamp, who retrieved the document in 1963 while in Potsdam, which was, at the time, East Germany, according to Live Science.