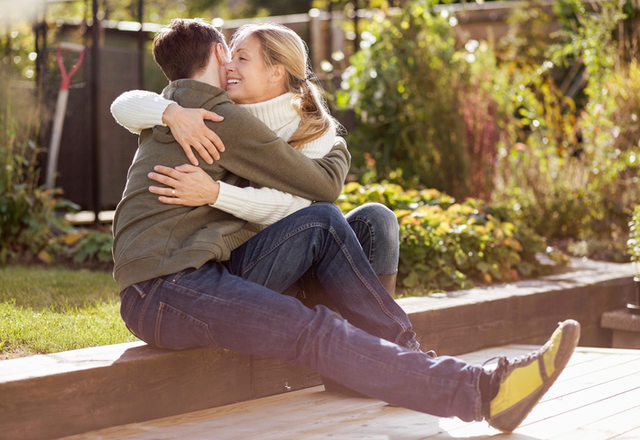 The Heartbreaking 3 a.m. Phone Call I Received from My Son + What It Taught Me About Parenting

Several months ago, I received one of those phone calls most parents hope they never receive. This phone call arrived at three in the morning and began with, “Mom, I need to tell you something, and I need you to promise me you won’t get mad.” To such a statement I grabbed hold of the bed, said a quick prayer, and said, “Okay . . . what do you need to tell me?” My son then proceeded to tell me the mistake he had made.

I took a few deep breaths to gain my composure, and I said to my son, “Where are you so I can come to you?” As I hung up the phone, I dropped to my knees as tears began to flow and prayed, “Father, how do I deal with this? What do I need to do? What does my son need me to do?” With tears still flowing, I drove to find my son. During that drive, my conversation with my Heavenly Father continued, and I found myself saying out loud, “I know what I want to say to my son. I know what I want to do to my son. I know what my son has been taught; but Father, what do you want me to tell him? What do you want me to do for him?” As my conversation with Heavenly Father continued, I sought comfort and guidance and soon found myself outside the hospital my son directed me to.

With a heavy heart and with the desire to comfort, love, and understand, I entered the hospital and was guided to the location of my son. As I entered the emergency room with tear-filled eyes, I wrapped my arms around my son, and together we cried. In the midst of those tears, I reminded my son how much I loved him, thanked him for calling me, for telling me, and confirmed that his Heavenly Father loved him. I also let him know I did not have all the answers and that I was not sure what steps to take next, but together we would figure this out. Together, in time, it would all be okay. To this day, I thank Heavenly Father that I was blessed that early morning to see beyond my instant selfish mortal reactions, which may have offered judgment and condemnation instead of unconditional love and support.

Allowing Our Children Their Agency

One of the difficult issues we face as parents who strive to raise our children according to the teachings of our Savior Jesus Christ in this modern world is to not only teach them truths but to also allow them to have their moral agency and deal with the consequences of those decisions. In the world of helicopter parenting, which often takes away agency, one of the most important conditions we can provide for our children is the ability to make choices, to test the water, to make mistakes, and to find their faith, which can bring them to their knees in moments of trial and decision. Allowing for moral agency increases resiliency in children.

That night, as my son and I talked about the mistake which had been made, I was blessed to offer guidance instead of judgment. That night I asked my son, “So what do you want to do with this? Where do you think you need to go from here? What do you think led to this journey? How can I help you, and what is it you want to do with the choices you have made?” As we spoke, my son shared with me his personal feelings about the choices he made and what steps he felt he needed to take for his life. I can say that although his answers were not exactly what I wanted, I trusted that they were right for my son at that time. That night I helped my son understand the difference between guilt and remorse. That night my son felt no shame from me, he felt no condemnation from me, nor did he feel it was my way or the highway. Instead, he felt loved as the individual he is, while at the same time accountable for his choices. I have learned as a parent this is a very fine line to keep.

Bringing Heavenly Father into Our Parenting

As I drove back home from the hospital much later that evening, I thanked my Heavenly Father for allowing me to parent according to His plan instead of from my personal hurt emotions, which, if left untethered, may have burst forth in “how dare you. What were you thinking? You have been taught better than this. How do you think this will look? How do you think this impacts me?”

In my life as a counselor, I have seen many parents who, although they love their children deeply, cause feelings of personal rejection, shame, and harm in the desire to correct. In moments of heightened emotion, we are all at risk of correcting with condemnation instead of offering love with accountability.

That night, I loved my son while allowing him to be accountable to his Heavenly Father. That night I lifted a heavy heart by allowing my son’s moral agency to direct him toward the Atonement of Jesus Christ. That night I saw a son seeking to become a man who now had to answer for his choices based on his own knowledge, faith, timeline, and desires. That night I learned that yes, it is so important to teach truths, to teach obedience, and to have expectations of our children; and it is equally important to allow them to live the gospel of Jesus Christ by allowing them to make choices, to take their own personal journey, to be loved, and to be accountable for those choices to their Savior and to their Heavenly Father. Perhaps sometimes as parents we are much better at teaching obedience and expecting obedience than we are at teaching personal choice and personal accountability. That night my son and I truly lived the gospel of Jesus Christ together. My heart still hurts today for the choice that was made, but my love for that son has not changed; if anything, it deepened.

Dr. Christy Kane, PhD, CMHC, is a licensed mental health counselor who practices in Utah County and in Salt Lake. Dr. Kane works with adults and teenagers. Connect with her through her website, TotumLink.com, and her facebook page, facebook.com/TotumLink/.  About her work, Dr. Kane says,"It is an amazing experience to help others overcome difficult moments in their lives."