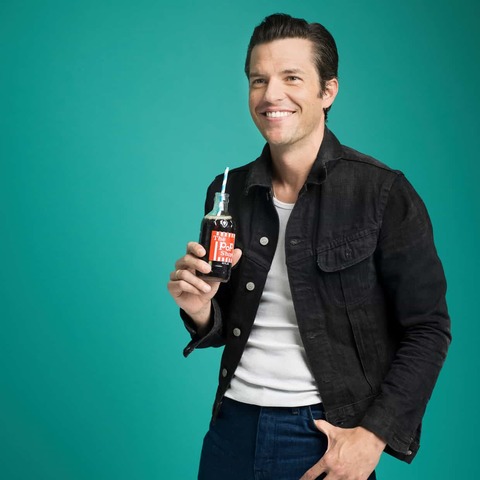 The Killers' Brandon Flowers Talks Mormon Caffeine Controversy, Jell-O, and What We Believe About the Resurrection and Food

Frontman for The Killers, Brandon Flowers, recently wrote a piece for The Guardian during which he explains his relationship and love of food, particularly as the son of the produce man for a local grocery store. During this narrative, Flowers brings up how Mormonism impacts these memories, including talking about Latter-day Saints relationship with Coke, Jell-O, and fasting:

There are a lot of funny stereotypical things about us Mormons, like that we love eating Jell-O. Such a lot of Jell-O. We also have funeral potatoes, which are served at our funerals and are so good – they’re to die for. We have a thing called The Word of Wisdom, which stipulates no alcohol, no drugs, no coffee, no tea. We’re encouraged to fast – including no water – for 24 hours each month and I’m terrible at it. It’s so hard to make it through, but I do put in the effort.

My parents converted when I was young. At some point drinking Coca Cola became an issue. It’s not doctrine but culturally frowned upon. Personally I can’t resist a can. I associate it with early bonding with my father. Some of my most precious memories are of being driven in his 46 Chevy truck or his giant 49 Buick to have Cokes.

At the end of the article, Flowers also shares brief insight into what Mormons believe about the resurrection and food:

After the resurrection we think there might be food. I don’t have a definitive Mormon answer, but what we do know is that when Christ visited the apostles as a resurrected being he ate fish, I think. So I can’t imagine not having food after death, because food brings such joy to our lives.

Lead image from The Guardian