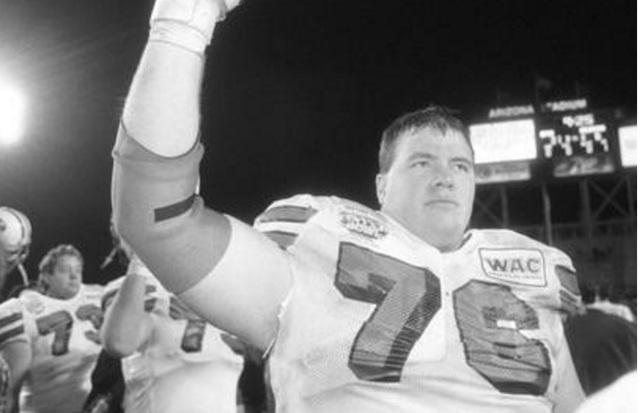 When Eli Herring sent a letter to every team in the NFL before the draft, telling them he would not play professional football because of his faith, every team called Herring to ask if he was sure about his decision. But he turned them all down, capturing the attention of news agencies across the nation.

Eli Herring was a second-team All-Western Athletic Conference tackle after his senior season at BYU. He was projected to be drafted somewhere in the first three rounds of the 1995 NFL Draft. It was a childhood dream of his to step onto an NFL gridiron, but Herring told all 30 teams “no.”

It wasn’t for him.

Herring, 46, grew up in Idaho, but moved with his family to Utah when in high school and he enrolled at Springville High School. A massive growth spurt prompted real thoughts about professional football.

Lead image from the Daily Universe.