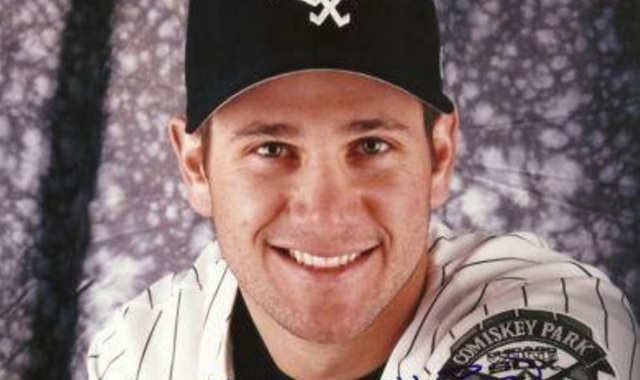 Fresh out of high school, teenage athlete McKay Christensen was highly sought after by both baseball and football teams. As a running back, he held the California state record for touchdowns scored. In baseball, his batting average was .500 and he was named to the all-American team.

Everybody wanted him for either sport, but Christensen wanted to go on a mission. He was even offered a $1 million signing bonus to stay home and play Major League Baseball for the California Angels. A million dollars! Christensen's answer was classic—“My mission is not for sale.”

Christensen was called to serve in Japan, but then something unprecedented happened.

The California Angels were so taken with his ability and performance, they drafted him anyway—as the 6th pick in the first round of the amateur draft. As part of the deal, they offered to wait the two years Christensen would spend serving his mission before he would come play.

"I was told there was no way I could serve a mission and still be drafted, and I was anyway," Christensen said in an interview with the Deseret News. "I felt it was an opportunity I shouldn't pass up."

While on his mission, Christensen got up in the middle of the night to sign baseball cards, which was part of his contract. Those cards say something on the back that you won’t see on many other baseball cards:

"Christensen made a commitment prior to signing with California, therefore, he will begin his pro baseball career when he returns from his Mormon mission to Japan in 1996."

"A speed demon from Clovis West High School in Fresno, California, Christensen turned down a football scholarship from Brigham Young University to sign with the Angels, but he won't begin playing professionally until he completes a two-year Mormon mission."

"So enamored were the Angels of Christensen's performance at Clovis (Fresno) HS that they took the unusual step of drafting him No. 1 knowing he would spend the next two years on a Mormon mission. Christensen, who owns every tool except great power, also received a football scholarship offer to BYU as a wide receiver."

After his mission, Christensen played for the Chicago White Sox, the Los Angeles Dodgers, and the New York Mets (the Angels traded him before he came home). He retired in the prime of his career at age 28—almost 10 years after being drafted—to pursue a job working alongside his father.

Read about McKay's example and other lessons learned from sports in John Bytheway's Sports: Life Lessons from Court, Field, and Gridiron.

Drawing from the observations and stories of coaches, players, Church leaders, and even a few personal experiences, John Bytheway presents life lessons from the wide world of sports that all will appreciate. Athletes, former athletes, and armchair quarterbacks of all ages will enjoySports: Life Lessons from Court, Field, and Gridiron.