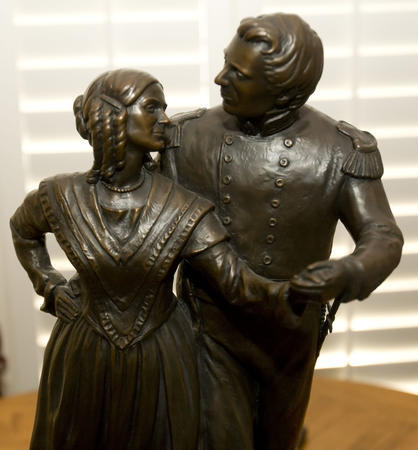 The Love Story of Joseph Smith and Emma Hale

Emma's parents were opposed to the young Joseph Smith, but she was willing to cast her fate with his, and the love between them became a power for good and service to others throughout their lives.

In January of 1827, Joseph Smith was getting ready to ask Emma Hale to become his wife.

In the previous years, he had been visited by the Angel Moroni and had knelt at the spot where the promised plates were deposited. He had watched his beloved elder brother Alvin die suddenly and painfully in 1823 and was keeping Alvin's last loving counsel: “Do everything that lies in your power to obtain the record. Be faithful in receiving instruction and in keeping every commandment that is given you” (see “The Revised and Enhanced History of Joseph Smith By His Mother”).

But, as with all men in mortality, the realities of life had to be dealt with. As Joseph expressed it: “As my father’s worldly circumstances were very limited, we were under the necessity of laboring with our hands, hiring out by day’s work and otherwise …" (see "History of the Church: Period 1, Vol. 1").