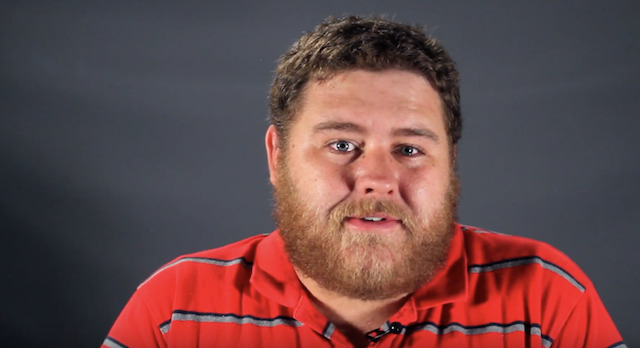 For eight years, Chris believed his son would never speak a word.

As a one-year-old, Chris's son was diagnosed with a nonverbal form of autism. For Chris and his wife, the diagnosis was devastating.

"We felt that we were judged by the world, that God was somehow punishing us," Chris shares.

For eight years, Chris and his wife struggled to go to Church and socialize with family and friends because of the fear of being judged.

Then, out of the blue, everything changed. One day, for no reason at all, Chris heard something he never thought he would hear his son say.

"The very first thing I heard him say when I got home from work that day was, 'Dad, I love you,'" Chris shares.

There was no explanation for it. For years, doctors had told Chris and his wife that they would never hear their son's voice, let alone, "I love you."

And at first, Chris couldn't believe what he heard. But as reality sunk in, he felt overwhelmed with emotion.

"I cried; I'll admit I cried like a little baby," Chris says. "It was the very first time I heard him talk, and I didn't want to let that go because I wasn't sure it would happen again."

But as the weeks went by, Chris's son began speaking in two to three-word sentences as his speech became better and better.

Though Chris and his wife didn't know why their son suddenly began speaking, they knew that God was helping them in ways they didn't realize. And though Chris realizes this unexplained miracle doesn't mean God loves his family more than other families with nonverbal children, he says it's helped revived his faith in the gospel and hope for his child.