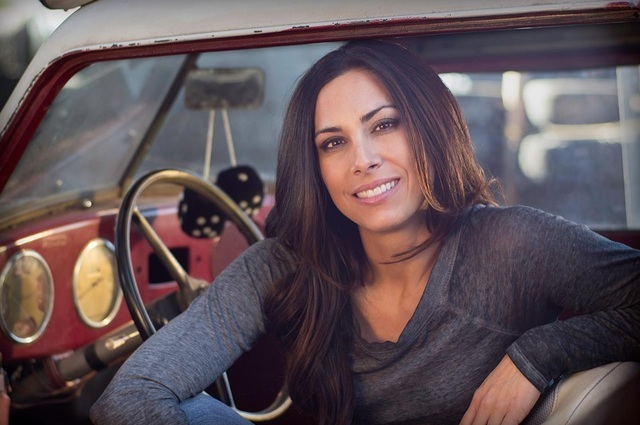 Nicole Johnson: A Mormon convert, mother of two, and did I mention she’s a monster truck driver?

Johnson and her husband, Frank, decided from the beginning of their careers in rock-crawling and monster trucking that "our approach was going to be wholesome and family oriented. We were always going to be on time, and our clothes and vehicles would be clean whenever we showed up to [a competition]. I wanted to set a good example as a member of the Church," Johson told BYU Magazine.

But once the family arrives and the first impression is set, that's generally when Johnson climbs into her 12-foot-tall, 10,000-pound monster truck. Originally, Johnson drove a red 1,475-horsepower behemoth named Tasmanian Devil. Later in her career, Warner Brothers’ selected her to drive their Scooby Doo Monster Jam Truck.

“Now, jumping huge is really hard to describe. There's no sensation like it. I'm driving a 12-foot Scooby Doo truck, and I'm flying through the air. I feel like a superhero in a cartoon,” Johnson told Vice.

Johnson made history the first time she drove into an arena, becoming the first woman to win her debut race, and she has continued making history ever since. In 2011, she won nine titles—more than any rookie or woman has ever won in a single year—and in 2013 she became the first woman to land a backflip in Monster Jam and win the Crash Madness of the Year award. 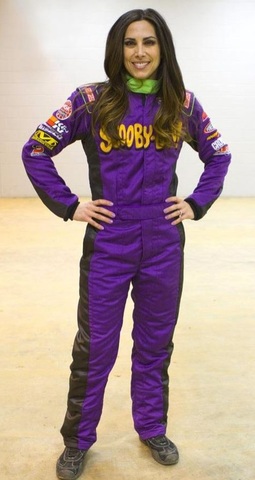 Johnson’s passion for cars came at an early age, when she would spend her weekends and summers with her dad under the hood of a car in Hawaii.

Johnson learned about the Church from a friend in California and became the only person to convert to the Church from her family before she attended college at Brigham Young University and married a returned missionary at age 19. Another car enthusiast, Johnson’s husband helped fuel her passion as the two would go camping and four wheeling, eventually getting into rock-crawling competitions—something that landed them on History Channel’s Modern Marvels and drew the attention of media outlets around the world.

Whether it’s rock-crawling or monster trucks, Johnson makes sure to remain consistent with her faith. "I try and be family-oriented," Johnson told the Deseret News. "I make sure I live the same standards on Sunday as I do the other days of the week. I dress modestly, I'm careful about the way I represent myself — especially in front of children … I always rely a lot on prayer, and I'm not praying to win, I'm praying for safety."

Images of Nicole Johnson by Tkarlnidraj from Wikimedia Commons