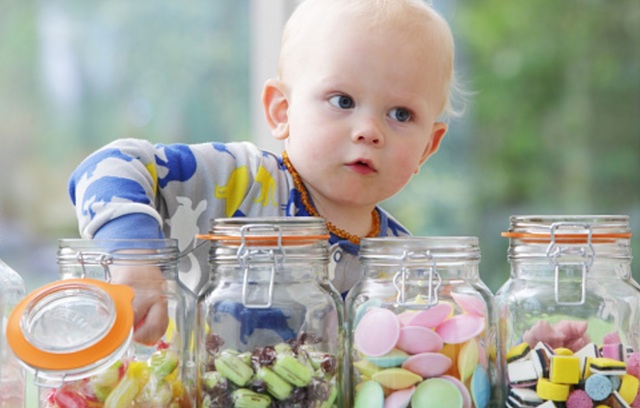 As Latter-day Saints, we love the idea of agency and the ability to choose, except when we don't. When we have to buckle down and finally take responsibility after failure, so often we revert to other ideas that make it seem like the choice was out of our control.

But in this excerpt from Elder Lynn G. Robbins' Love Is a Choice, we learn why it's so worthwhile to accept agency and all that comes with it.

A common strategy of each Book of Mormon anti-Christ was to separate agency from responsibility. We could call one version of agency without responsibility the Korihor principle: “Every man conquered according to his strength; and whatsoever a man did was no crime” (Alma 30:17; emphasis added). With negative consequences discarded, agency is unbridled, as if there were no day of reckoning.

Another version could rightfully be labeled the Nehor principle: “All mankind should be saved at the last day, and that they need not fear nor tremble, but that they might lift up their heads and rejoice; for the Lord had created all men, and had also redeemed all men; and, in the end, all men should have eternal life” (Alma 1:4).

What an attractive offer for those inclined to see things only through their own bias!

The Nehor principle depends entirely on mercy and denies justice, or responsibility, altogether. Still others separated responsibility from agency by saying, “Eat, drink, and be merry; nevertheless, fear God—he will justify in committing a little sin” (2 Ne. 28:8).

The Savior labeled faith without works as “dead, being alone” (James 2:17). Faith without works, mercy without justice, and agency without responsibility are all different verses of the same song. With each, the natural man discards accountability in his attempt to remove guilt from the forbidden. It is akin to paying for indulgences, but much easier—this way it is free! No wonder the broad path is filled with so many—it is a no-holds-barred pleasure fest! (3 Ne. 14:13).

Sadly for those deceived, there are two days of reckoning—the day-after hangover they experience in this life when they discover for themselves that “wickedness never was happiness” (Alma 41:10) and again at Judgment Day when they “shall confess before God that his judgments are just” (Mosiah 16:1).

Agency without responsibility is one of the foremost anti-Christian doctrines, very cunning in its nature and very destructive in its results. . . .

When reading 1 Nephi and 2 Nephi, we can only try to imagine how difficult it was for the members of Lehi’s family to face their trials.

Leaving their home in Jerusalem, like the Saints leaving Nauvoo, would have been heart-wrenching. Obtaining the brass plates seemed impossible. Hardships that they endured in the wilderness for eight years would have been tough for anyone. The responsibility that their prophet-father was placing upon Laman, Lemuel, and Nephi was extremely difficult. As difficult as a responsibility may be, “difficulty is the one excuse that history never accepts,” as is so graphically illustrated in the case of Laman and Lemuel.

Difficult situations often become the foremost trials of one’s faith. Part of these tests is seeing whether we will go forward with a believing heart (see D&C 64:34) or a doubting heart (see D&C 58:29), or if we will go forward at all. A difficult situation reveals a person’s character and either strengthens it, as with Nephi, or weakens and corrupts it, as with Laman and Lemuel . . . They are the epitome of irresponsible.

It is important to recognize that excuses never equal results, nor do they correct mistakes. In the case of Laman and Lemuel, all the excuses in the world could never obtain the plates. The reason Nephi obtained the plates and Laman and Lemuel didn’t is because Nephi never turned to [excuses]. He was a champion, and champions don’t resort to a list of excuses. As Elder David B. Haight stated, “A determined man finds a way; the other man finds an excuse.” . . .

The Rewards We Get from Responsibility

Everyone occasionally fails in their attempts at success, just as Nephi did with his brothers on their first two trips to try to obtain the brass plates. But achievers accept responsibility for their mistakes and sins. They repent, get back on their feet, dust themselves off, and continue forward in faith. They may give an explanation or a reason for their lack of success, but not an excuse.

With an excuse an individual is avoiding responsibility. With a reason the individual is accepting responsibility but is explaining what went wrong. At first glance it may appear that Adam was blaming Eve when he said, “The woman thou gavest me, . . . she gave me of the fruit.” However, when Adam subsequently adds, “And I did eat,” we are given to understand that he accepted responsibility for his actions and was giving an explanation, not blaming Eve. Eve in turn also said, “And I did eat” (Moses 4:18–19; emphasis added).

When people avoid taking responsibility in their lives, they are “following the lines of least resistance, that makes rivers and men crooked.” Take a high-school dropout, for example. What appeared to be the easy road initially almost always ends up being the most difficult and least rewarding. Not being responsible is being shortsighted. It is self-betrayal and a means of giving up on oneself and sometimes others.

For more marriage and family-strengthening advice, check out Elder Lynn G. Robbins's Love Is a Choice.