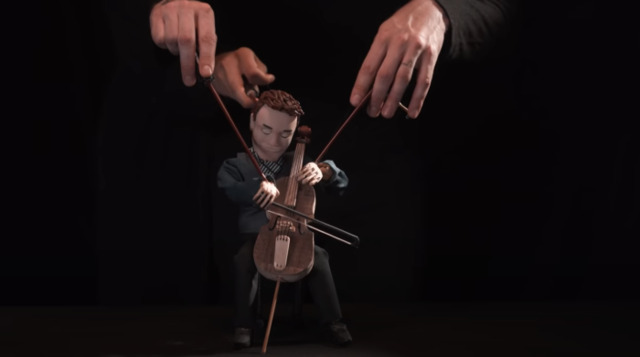 The latest Piano Guys music video, featuring puppets, is the first of its kind on their YouTube channel. And the love story that came to be during the making of the video? Also one of a kind.

It all started when the Piano Guys saw and were intrigued by a social media post in which puppeteer Marton Harkel was performing on the streets of Budapest. In the description of the video on YouTube they explain, “What caught our eye was his cellist puppet. It was a near-perfect copy of the puppeteer. And as he made the motions of playing cello, his puppet would mimic his movements with astounding musicality. It was captivating. It was like watching art come alive.”

That thought of making art come alive led to a vision of the puppeteer’s skills pairing with the Piano Guys’ arrangement of the Mussorgsky’s “Promendae” theme from “Pictures as an Exhibition”, which is a piece of classical works written about art coming alive. They made contact with Harkel and he began work crafting puppet models of Steven Sharp Nelson and Jon Schmidt.

After over 200 hours spent creating the puppets, Harkel realized that he could not make both puppets come to life on his own. And that realization is where the love story begins.

Harkel hired Napsugár Trömböczky, a talented young puppeteer and they set to work rehearsing and filming the video. But, as the Piano Guys say in their post, “As they began working together, their interest in the project and the puppets took a back seat to their interest in each other!”

After only one week, Harkel and Trömböczky were engaged. According to Harkel’s Facebook page, they were then married on September 14, 2019. The Piano Guys call it destiny. 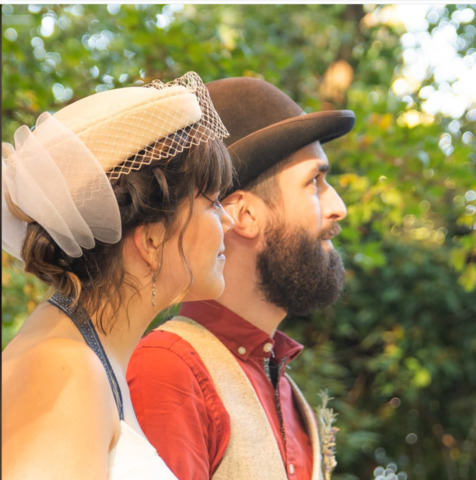 “Márton, in his message to us after he finished the video, humbly and graciously expressed gratitude for the project, but more than the project, for the opportunity to meet his soulmate, and to do what he loves, with whom he loves,” says the Piano Guys.

And it looks like Harkel has found more than just a soulmate; he also has a new business partner. The couple has created a Harkel Puppetry Facebook page, complete with this sweet logo. 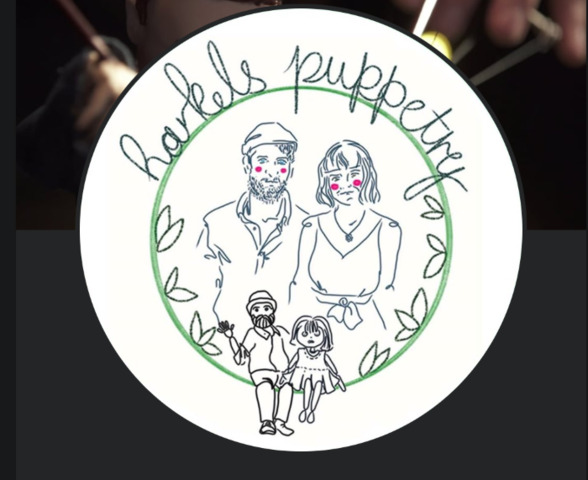 Fans of the Piano Guys are expressing amazement over the same thing that captivated the Piano Guys with the puppets in the first place: Harkel’s ability to make the puppet mimic great musical ability.

"This is INCREDIBLE!! The detail in the finger movements and expressions on the puppets faces as the play are amazingly realistic,” comments Sheri G on YouTube. Nick Lu comments, “I mean it’s hard enough to play it in real life, but to have the puppets do fingers and bowing along with the music is just on another level!!!”

The Piano Guys write that the Harkels' love story truly touched them, suggesting that there is a “Grand Puppeter” who “pulls destiny’s strings on our behalf.” They end their YouTube description with this touching thought:

“We don’t take any credit. Look to the Grand Puppeteer for that. But we thank you, Márton and Napsugár, all the same. If all the time, work, energy, and passion that went into this project was all for you two and your eternal family, then it was well worth it. We’re honored to have the opportunity to 'play a small part' in something much more important than a music video. After all, we were just the puppets.”