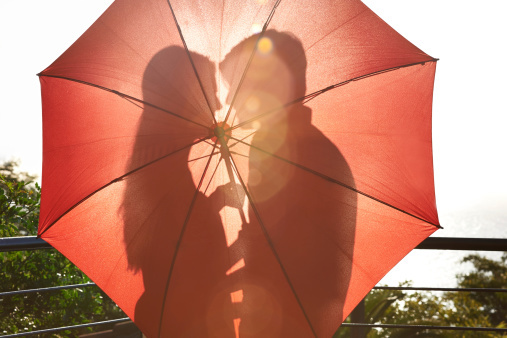 Do you believe in love at first sight? Probably not. But do you believe in like (or dislike) at first sight? We prioritize certain attributes, whether physical or personality-based, that help us to be attracted to or not attracted to a person when we meet them for the first time. A few years ago, I had a lengthy list of things that would get a man points or lose him points. It included everything from nice shoes to a good voice, from a quick wit to an instant spark, from a nice car to pretty, blue eyes. There were also many things on the deal-breaker list—for example, crooked teeth, telling weird stories on a first date, having a messy car or weirdly shaped ears. Looking back, it is ridiculous just how superficial I was.

A few years ago, after recently moving, I was going to a ward activity in my new YSA ward. I arrived at the same time as one of the men in the ward, Doug. He opened the door for me and we chatted a little bit while walking to the gym. I did not notice any deal-makers or deal-breakers. We sat at the same table during the activity and I quickly realized that he was extremely shy. I wasn’t sure what type of personality he had since he was so quiet.

Within weeks in my new ward, I got to know a bit more about the guys and what I considered to be their date-ability. I’d been asked out by a couple of them but not by Doug. One of my friends referred to him as “good old Doug.” He was one of those guys that made a great friend but not one I would date. He was an "N.G.B."— a "nice guy but . . ."

Changing My Perspective on Dating

It was around this time that I had an important conversation with a friend. We were both in our late 20s and unmarried. We were discussing our dating lives (or lack thereof). With other friends, this conversation frequently led to blaming men for not being proactive enough in dating or being too superficial. However, my friend said, “We are single because of us, not because of the people we date. We are single because of the way we handle dating.” I realized that I was quite prejudiced in dating. We talked about what types of deal-makers we should have. Our list included: Is he a worthy priesthood holder who respects and honors his opportunity to do work in the name of the Lord? Does he attend church and the temple? Would he make a good husband and father? Does he strive to do the Lord’s will in all things? Does he demonstrate charity? Does spending time with him help me to “come unto Christ”?

I started to shift my deal-maker/breaker list to things that really mattered. I also realized that I had been avoiding relationships that moved me out of my comfort zone. It struck me that I needed to stop running away from serious relationships.

Generally, in life, the Lord does not tell us if we are doing the right thing (hence, the importance of faith). However, He frequently does tell us or hedge up the way if we are doing the wrong thing. Elder Scott has said, “When you are living righteously and are acting with trust, God will not let you proceed too far without a warning impression if you have made the wrong decision” ( “Using the Supernal Gift of Prayer,” Ensign, May 7. 2007).  With that thought, I made the goal not to shy away from or run from any dating relationship unless the Spirit prompted me that it was wrong.

A few weeks later, I had a wedding reception to go to. I was sure that there would not be anyone else I knew at the reception and figured I should find a date. After considering the possibilities, I decided to ask Doug, just to see if there was anything there. My bishop had mentioned repeatedly that I should ask him out since he was a nice, quiet, young man—a gem underneath the shy shell. It was 45 minutes one-way to the reception and I was nervous about spending that much time in the car with someone so quiet. We had a nice time. The conversation was not too strained. However, there was no spark, no instant chemistry.

About a month later, Doug called me up and we went out again. We had a very nice time and Doug proved to be a perfect gentleman, but there was still no spark. However, I had made my decision not to shy away or run unless there was a good reason. Doug completely fit my new list of deal-makers and I finally noticed that he had pretty blue eyes.

During the date, I’d been embarrassed by a somewhat frayed bandage I had on my finger and mentioned in passing that I wasn’t sure where I had any new ones and hadn’t made it to the store yet. When I got to church the next day, there was a note from Doug, along with a bandage. That small piece of thoughtfulness touched my heart. I decided I would keep dating him until the Lord hedged up the way. It wasn’t until about our fifth date that I felt I was starting to get to know him and realized he was even more amazing than I had imagined. (It was also about this time that he threw a snowball at me as we were walking out to the car and that shy shell started to fall away.)

Finding Something Better Than a Spark

But I was still a bit concerned about the lack of a spark. Our bishop (who was particularly excited about our courtship), gave me some wise counsel. He said, “Sparks burn out quite quickly; what you want in a relationship are coals. They may not be as easy to recognize but they build a much stronger flame that lasts a lot longer.” Later, he explained that love is something that comes into a relationship often without you even knowing and the depths of your feelings may take you by surprise. President Hinckley stated, “True love is not so much a matter of romance as it is a matter of anxious concern for the well-being of one’s companion” (“Except the Lord Build the House,” Ensign, June 1971). Doug and I realized that is what we were feeling. We continued to move forward and were married six months later.

Previous to my new-found resolve about deal-makers, deal-breakers and trying not to run from relationships, I’m sure I would have run from Doug or not have given him a chance at all. I’m absolutely sure of it. Each day, I love Doug more and more. I am so grateful that I was able to look beyond my superficial list and take the time to truly get to know the fabulous young man who is now my husband and such an amazing father. He is a good, righteous, gentle, humble. and loving man who I know will take care of, respect, and honor me and our children for all eternity.