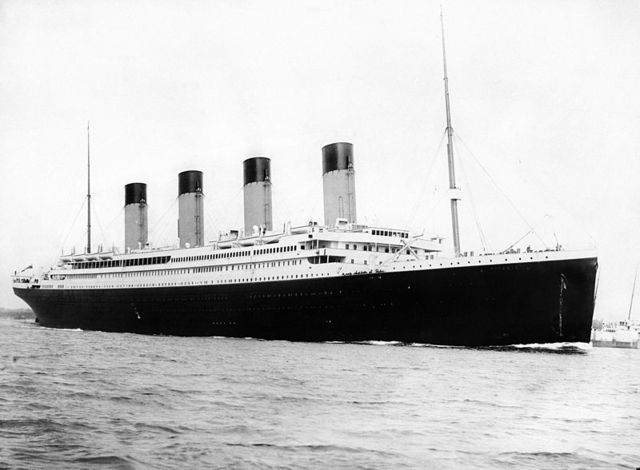 The Titanic: 6 Missionaries Who Missed Their Voyage + 5 More LDS Connections

On the cold evening of April 14, 1912, the Titanic, a brand-new ocean liner carrying 2,224 people, struck an iceberg, creating a large gash on the ship’s side. Hours later, at 2:20 a.m. on April 15, the massive ship sank to the bottom of the Atlantic Ocean. Millions around the world mourned the loss of more than 1,500 people when the “near unsinkable” Titanic sank on its maiden voyage from England to the United States.

Now, 103 years later, LDS Living looks back at the disaster and those with ties to The Church of Jesus Christ of Latter-day Saints.

The Missionaries Who Missed Their Voyage

Alma Sonne and his companion, Fred Dahle, were heading home along with four other elders—George B. Chambers, Willard Richards, John R. Sayer, and L. J. Shurtliff—after completing their mission in England. But when the time came to meet in Southampton, Elder Dahle was delayed. Elder Sonne, who had convinced Elder Dahle to serve a mission in the first place and had booked their passage on the Titanic, decided they should not leave anyone behind. Instead, he canceled the reservations so they could depart the next day, when Elder Dahle would arrive.

While a few of the elders were disappointed they would not be able to travel home on the Titanic, they thanked God after they discovered what their outcome would have been. “You saved my life,” Elder Sonne told Elder Dahle. “No,” he replied. “By getting me on this mission, you saved my life.”

Alma Sonne later served as a stake president and an assistant to the Quorum of the Twelve Apostles. A more in-depth look at Sonne, along with perspectives of his descendants, can be read at the Church's website here.

Elder James Hamilton Martin was a passenger on the Virginian, a ship rerouted to help with Titanic rescue efforts (though hundreds of Titanic survivors were rescued by the Carpathia). He wrote of his experience, “Shortly after 9 a.m. we reached the iceberg that had caused the sinking of the largest steamship afloat and the death of 1,630 people and for six hours traveled along side of it. It was no more and no less than a mountain of ice. At 11 a.m. we passed the place where the Titanic went down.”

A Mother Who Sacrificed to Save Others

Irene Colvin Corbett, a 30-year-old mother from Provo, Utah, and cousin to President Joseph F. Smith, had taken passage on the Titanic after a six-month trip to England to study midwifery. Like 13 other women in second class, she did not survive. Though her death may have occurred because of the lifeboat shortage, many believe that Corbett did not survive because she had put her medical training to practice and helped as many as she could before the ship went down, thus making it too late for her to get on a lifeboat. Her ability to serve and look beyond her own safety most likely led her to help save many lives, even if it meant giving up her own. She is the only known Latter-day Saint to perish on the Titanic.

The Advocate for Religious Freedom

William Thomas Stead was another Titanic passenger. As the editor of the Pall Mall Gazette, a London-based newspaper, William used his words to fight the intolerance and bigotry directed at the Latter-day Saints.

Although Stead was not a member of the Church, he wrote articles in his paper sharing his belief that members of the Church should not be persecuted, and he debunked many of the negative rumors circulating about the Church. Stead was on his way to America to attend a peace congress at Carnegie Hall, at the request of US President William Howard Taft. Rudger Clawson, a former member of the Quorum of the Twelve, said of Stead, “Surely every Latter-day Saint whose eyes rest upon the writings of Mr. Stead . . . will ever hold [him] in honorable remembrance.”

Stead, a first-class passenger on the Titanic, would have been able to use the ship’s heated swimming pool, gymnasium, and Turkish bath. He would have likely eaten at the Parisian café, where most of the food was cooked by professional French chefs. First-class staterooms included a private bedroom, a receiving room, and private restroom facilities. Standard first-class rooms still boasted some of the amenities of the staterooms, but on a smaller scale. All passengers could use the telephone to make phone calls to friends and family on land, and many telegrams (while expensive) were sent and received during the few days the Titanic was at sea.

Shocked and grief-stricken by the sinking of the Titanic, Saints in England decided to host a benefit concert in London on May 4, 1912. Church members sang, played the piano, and recited poetry. As quoted in the Millennial Star the next week, Alderman E. H. Tripp, former mayor of Finsbury, London, said he was “not at all surprised” that the Latter-day Saints were “among the first to contribute their means and talents to such a deserving cause.”

Statements About the Titanic by Church Leaders

News of the Titanic also deeply affected the Saints in Utah. Elder Orson F. Whitney of the Quorum of the Twelve Apostles was the first to publicly comment on the tragedy during a quarterly conference in Salt Lake City the following Sunday. He said:

“I feel the deep solemnity of this hour. My heart is at half-mast. I am mourning with you . . . and with the whole American people and the civilized world over the great disaster of the Titanic. . . . It is appalling to consider that in the providence of God so vast a number of his children should be called instantaneously into eternity. There is not a people on earth to whom this idea has greater significance than to the Latter-day Saints. There is perhaps no people with a larger percentage of their number who have crossed the mighty deep. There is probably not a family in the Church that has not one or more members who have been on the ocean. . . . My heart is full of sympathy for those whose loved ones went down in this great disaster. I have naught but sorrow and condolence to express and no word of thought or censure shall escape my tongue. Let God judge who is to blame.”

A few weeks later, President Joseph F. Smith, whose cousin, Irene Colvin Corbett, perished aboard the Titanic, was quoted in the Improvement Era as saying:

"Spiritually, the catastrophe teaches us that the boasts which one sometimes hears from certain sea captains and unbelieving passengers, expressed in a recent sacrilegious statement of a captain to one of the elders of our Church, 'You need not give a damn for God in this kind of a ship,'—are vain, unwarranted and unreasonable. It teaches with a force that should stir the rankest unbeliever that mankind is still dependent upon Him 'who stilleth the noise of the seas, the noise of their waves, and the tumult of the people.'”