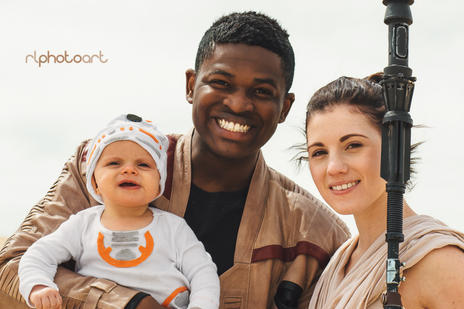 It's a love story that reaches to a galaxy far, far away.

From their first date, Julianne Payne — now Julianne Sine — was up front about her young daughter, Addie. Likewise, Victor Sine was up front about being an unabashed nerd. Within weeks and then months, a love quietly blossomed between the three of them.

But when photos of the trio dressed as Finn, Rey and the droid BB-8 from the movie "Star Wars: The Force Awakens" hit the Internet earlier this year, the love story grew to include thousands of people who shared their pictures and began cheering the newly engaged couple toward their marriage and the goal of adopting 1-year-old Addie. 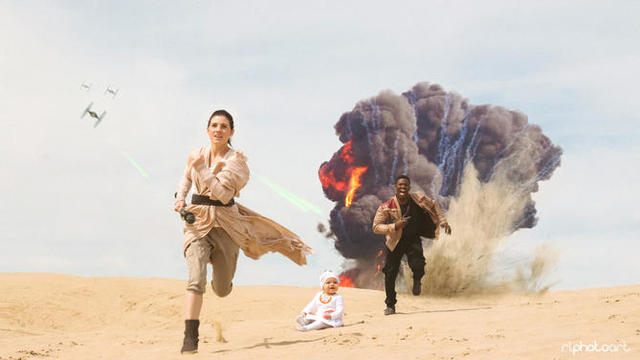 Victor and Julianne Sine were married Saturday in the Newport Beach Temple of the Church of Jesus Christ of Latter-day Saints and adoption proceedings for baby Addie will begin this week.