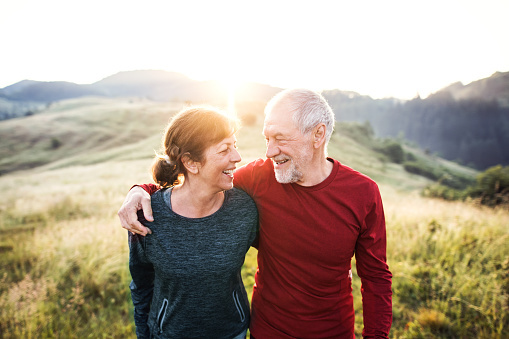 The True Meaning of "Helpmeet" and What It Teaches About Womanhood

The Bible tells us of God’s careful concern as He reflected on His newly created world and pronounced all things that were made “very good.” We are introduced to Eve: “And I, the Lord God, said unto mine Only Begotten, that it was not good that the man should be alone; wherefore, I will make an help meet for him” (Moses 3:18).

It seems that some of the original purpose and power of the term helpmeet has been lost through the ages. In today’s vernacular, helpmeet would seem to indicate a person of lesser stature, a subject, a subordinate. Yet a careful examination of this venerable expression yields an altogether different meaning. “Even with or equal to” is the meaning attributed to it by the Oxford English Dictionary.3 That definition adds clarity and gives us a more correct image.

The original text of Genesis 2:18 is even more enlightening. According to biblical scholar David Freedman, the Hebrew word translated there into English as “help” is ezer. This word is a combination of two roots, one meaning “to rescue,” “to save,” and the other meaning “to be strong.” Just as the roots merged into one word, so did their meanings. At first ezer meant either “to save” or “to be strong,” but in time, said Freedman, ezer “was always interpreted as ‘to help,’ a mixture of both nuances. Ezer appears twenty-one times in the Old Testament.”

In contrast, k’enegdo, another Hebrew word used in Genesis 2:18 to describe Eve, appears only once. Freedman pointed out that in late rabbinical commentaries k’enegdo means “equal” and stated that in his view “there is no basis for translating k’enegdo as ‘fit’ or ‘appropriate,’ as the traditional translators do when they describe the woman as a ‘fit helper.’” He concluded, “When God creates Eve . . . , His intent is that she will be—unlike the animals—‘a power (or strength) equal to him.’”4

Thus, it seems that through imprecise translation, our understanding of the powerful words used originally to describe Eve’s role have been diminished. As a result, our understanding of the intended role of Mother Eve has also been diminished. Suppose we had all, male and female alike, been taught to understand Genesis 2:18 as something like the following: “It is not good that man should be alone. I will make him a companion of strength and power, who has a saving power and is equal with him.”

A more accurate understanding of the original words of Genesis 2:18 clearly coincides with what the restored gospel teaches us about Mother Eve. In fact, President Howard W. Hunter taught: “The Lord intended that the wife be a helpmeet for man (meet means equal)—that is, a companion equal and necessary in partnership.”5

Adam and Eve were not unequally yoked. Eve was created as a suitable partner for Father Adam, the first of the human race on this earth. Created in the exact image of her heavenly parents, Eve came to Adam uniquely prepared to perform her assigned duties, to act as a companion with the first high priest in mortality—to be a partner with him.

Collectively and individually we would be better served if the correct meaning of our English term helpmeet were well understood and incorporated into our writing, thinking, and speaking. If humankind historically had accepted this more careful and correct interpretation, perhaps attitudes, laws, and customs would be different, and the relationships that God intended between men and women, between husband and wife, between women and society would function more easily.

The potential effect on women who gain an accurate understanding of who Eve is—and who she has always been—is difficult to overestimate. I spoke of Eve one evening to my nearly eighty-year-old sister-in-law, Jessie, who had recently returned from serving a mission. A few days later she sent me a letter, which read in part: “I was very excited about what you have found and still am, especially the origin and meaning of the word helpmeet and the implication it gives to Eve’s position. I sat frozen, actually feeling the blood drain from my face, awed, with a joyous feeling I will never forget, but—crying at the same time! I wondered why I should feel all this emotion. Suddenly this thought came to my mind clearly: It’s true—I am who I always thought I was!” 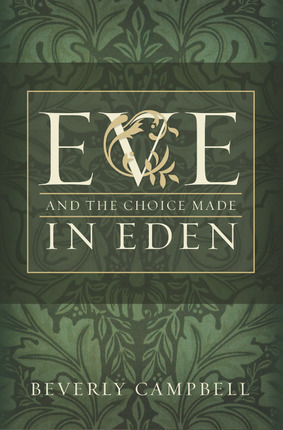 Is the way that women evaluate their own worth affected still by the biblical story of Mother Eve? Author Beverly Campbell suggests, “In much of the literature and in most of the histories referring to women there is an undercurrent of apology, as though there is something not quite 'all right' about being a woman. In looking for the source of this unease, I came to recognize that it could be traced to accounts of the Creation and to the ever-prevalent and negative characterizations of Eve.”

She writes of three levels from which the story of Eden must be viewed: as historical fact, as a series of symbols and metaphors, and as a place for a beginning our own search for spiritual understanding and relevance in life. This compelling book may change forever your perception of our first parents and the choice they made.