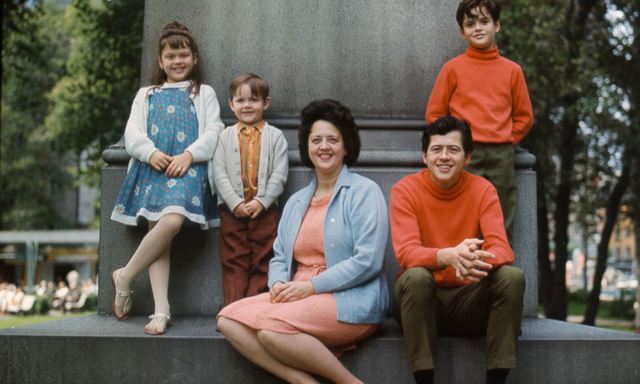 Performing on the same stage as Elvis Presley is something not many Latter-day Saints can claim. But having notes and personal bouquets delivered backstage from the King of Rock himself? That's something few in the world can claim.

In a post on their family blog, Alan Osmond recalled the first time he heard the code "The Boss is Upstairs"—a phrase that meant Elvis Presley was watching their show from the light booth. Nervous, but undaunted, the Osmonds all donned their white jumpsuits while performing a routine that incorporated karate learned from Chuck Norris himself. 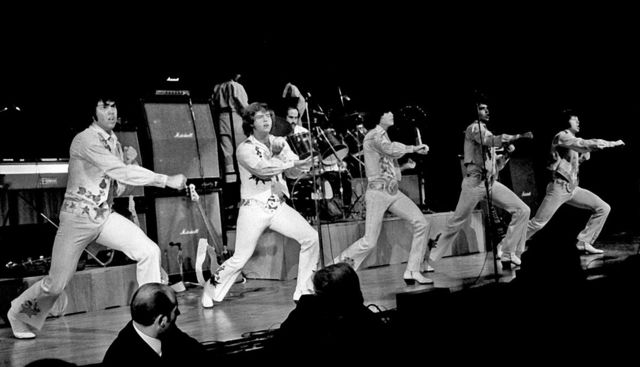 After the show, Elvis greeted the Osmonds backstage. "One of the first things he said was, 'Hey, I love the jumpsuits!'" Alan recalls.

And that was the beginning of a long friendship between the Osmonds and Elvis Presley. "Elvis was particularly interested in talking to our parents and he especially loved meeting my mother, Olive, and gave her a big hug," Alan remembers in the blog post. "Elvis mentioned to her how much he missed his mother who had passed away."

But while the King gave the family encouragement, advice, and bouquets shaped like guitars, Olive Osmond gave him something even more priceless in return.

During Olive's funeral, Merrill Osmond shared a story about his mother giving Elvis Presley a copy of the Book of Mormon. The two shared many telephone conversations during Presley's life, and Olive told Merrill that one of her first tasks in heaven would be to look up Elvis to see how he was doing, according to the Deseret News.