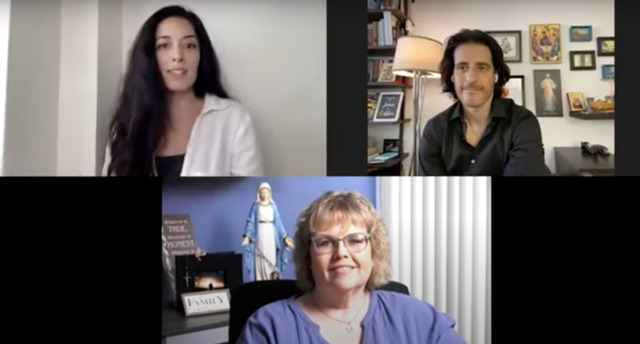 The frozen ‘Chosen’: Find out the story behind the Sermon on the Mount filming

Fans of The Chosen wouldn’t know it by the footage of the Sermon on the Mount, but temperatures were freezing the day the cast and crew shot the scene.

“We’d run out and film, lips would turn blue, we’d go back into the van and [repeat]. It was survival mode. But it looks great. We don’t look like we’re shivering at all,” Elizabeth Tabish, who plays Mary Magdalene in the series, told patheos.com.

Patheos interviewer Kate O’Hare gave the actors the fitting nickname of “the frozen Chosen,” and Tabish agreed. But jokes aside, the actress said the support of the extras was amazing to witness.

“It was overwhelming. There were so many people there and it was just so cold. It was beautiful to see so many people show up when they didn’t have to. As actors we all have to be there, but all these people . . . wanted to be there and no one was complaining and everyone had big smiles on their faces—it was really lovely to witness that and to meet some of the fans,” she said.

► You may also like: Seeking healing by the waters of Bethesda: Experiences on the set of ‘The Chosen’

Actor Jonathan Roumie, who plays Jesus Christ in the series, said that the Sermon on the Mount was “probably the most difficult thing to do because of the temperatures” and the large amount of dialogue. But he also added that the 3,000 background actors who showed up wanted to be there and were amazing, “hard-core fans.” They even made their own costumes for the set by following guidelines they were given.

“It was like Comic-Con but [in the] first century, and everybody dresses as their favorite biblical character and showed up in 22 degrees for 10 hours and it was . . . extraordinary,” Roumie said, explaining that the background actors had contributed to the budget of the show in a substantial way and were invited to participate.

The actors also talked with O’Hare about the Church’s Jerusalem set located in Goshen, Utah. Roumie shared that before he started acting full time, he was a location scout in the filming and TV industry and worked on large studio films with nine figure budgets. But he said the Jerusalem set, which he estimates to be about the size of a football field, is as good as any set he’s worked on, and the details are extraordinary. Tabish also commented on how beautiful the site is.

“It was fabulous in person. It was amazing. The mountains were behind it, [and] the sunsets were always incredible. It’s a bit of a dream. And it was after coming out of quarantine for months. We just all show up and now we’re in this magical land. It was unreal. It really was,” said Tabish.

According to The Chosen’s YouTube channel, the series has been viewed around the world and has been translated into over 50 languages. Season three of the crowd-funded media project is not yet fully financed, but Roumie and Tabish are hopeful of being able to film more in the future.

You can watch the first two seasons of The Chosen on BYUtv or on its own app for free. The DVD of season one can also be purchased on deseretbook.com.

The Chosen is the first-ever-multi-season TV show about the life of Jesus. Created outside of the Hollywood system, The Chosen allows us to see Him through the eyes of those who knew Him. No matter where you are at in your journey with Jesus Christ, this TV show is for you.patheos.com

The ChosenThe Chosen,
Comments and feedback can be sent to feedback@ldsliving.com